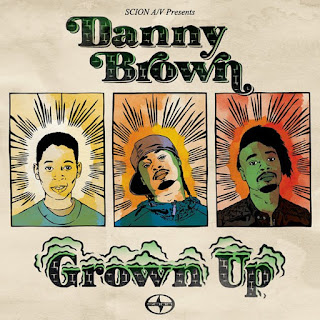 (1) What made you decide to remix Danny Brown's "Grown Up" and why'd you choose it over all his recent output(s)?

I remixed Danny Brown's "Grown Up" because for one, it's one of the cleanest a capellas of his that I could find on the net. There's also a remix competition that Fool's Gold is hosting.


(2) Were you able to work hands-on with Fool's Gold/Danny Brown and Mishka to create your mix?

No, not hands on. Hopefully in the near future I'll be able to. Trackademicks, who's currently signed to Fool's Gold Records, and I have discussed collaborating on a track. That may be on a future project of mine in the future.


(3) When remixing the track, where'd you actually start and what was the general concept in mind?

Well, whenever I make a beat, I first decide whether or not I want to make it entirely from scratch or incorporate some type of sampling. With this, I figured that sampling would be the best way to compliment the a capella as Danny Brown has a very unique voice that you can't just throw anything over. I started digging in the crates (DITC) and found some stuff that could work and then decided to sample that. After getting the tempo set, I began programming the drums and then finalized the mix.

I'm a fan of Danny Brown, I've been listening to him ever since 50 Cent and G-Unit were considering signing him. I'd say that my favorite track is "Greatest Rapper Ever;" He just destroys that track and it's one of my top 50 Hip-Hop songs ever. He's lyrical, but he's still hilarious and there's not too many rappers doing that well -- Except [Brown] and Das Racist, shout-outs to Das Racist.


(5) "Grown Up" is the most recent in a string of remixes. Working on a remix album or mixtape and what else do you currently have in-the-works?

I have my album Green Card coming up in February through Veehead, should be a dope album, packed with some nice features and hopefully people will appreciate it for what it is. I've also got a remix EP of just some tracks I've re-worked for artists, and I'm also talking with Chuuwee about doing an EP together.

Posted by Matt Horowitz at 9:16 PM