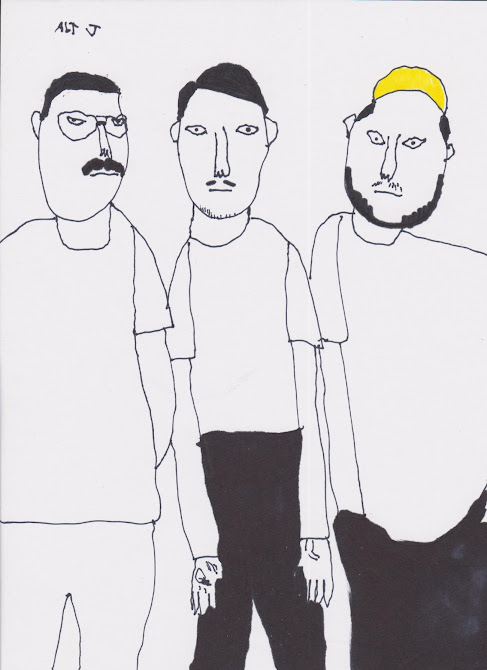 "We love working with great directors, giving them the creative freedom to interpret our tracks as they wish. It leads to great collaborations, like this new video for "In Cold Blood" from Casper Balslev. As you are about to find out, a day in the life of a wood mouse can be unexpectedly dangerous... We hope you enjoy it," signed simply Gus, Joe & Thom.

I'm of course, talking about Gus Unger-Hamilton, Joe Newman, and Thom Sonny Green of English Indie Rock buzz band alt-J, who were once a bit prematurely dubbed "the next Radiohead," as the Indie Rock music-covering machine seems to do every 10 years or so. Since forming while attending Leeds University with since-departed fourth member Gwil Sainsbury, alt-J have released three EP's, two critically-acclaimed studio albums, and one live album recorded at Red Rocks; on the heels of their wildly successful sophomore album, This Is All Yours (2014) alt-J are currently gearing up to unleash their long-awaited third album, simply titled RELAXER this upcoming Friday, June 2nd on Canvasback/Infectious Music, which is distributed by Atlantic state-side. So far, RELAXER has yielded two rather Bluesy Charlie Andrews-produced pre-release singles: lead-off track "3WW" and "In Cold Blood;" described by alt-J within a recent Facebook post as, "a song we began writing in our Leeds days and finished last year in London. The brass was recorded at Abbey Road, the keyboards were done on a Casiotone that cost £1.05 on eBay, and no one is quite sure where the key change came from."


"The wood mouse is primarily a seed-eater; particularly seeds of trees, such as oak, beech, and ash. They are mainly active during the dark, yet sometimes, they are out at daytime. The mouse compensates for its poor eyesight, relying on its sense of smell to locate food and to avoid predators. It must be cautious. Enemies are everywhere," a grizzled voice describes prior to alt-J's latest Casper Balslev-directed set of stirring visuals. Yes, it's the reigning Godfather of Punk and The Stooges' infamous frontman, Iggy Pop! "In Cold Blood," according to a recent Big Hassle press release, takes its name from Truman Capote's classic 1966 non-fiction novel, although, "has absolutely nothing to do with it, in terms of themes, builds to a thrilling, brassy, bleepy, shouty climax."

Balslev's treatment follow's a wide-eared grey wood mouse on a harrowing journey through his habitat—narrowly escaping the clutches of a slithering snake and a pesky, sly fox—before befriending a similarly-sized snail and well-nigh falling to his demise from a flimsy tree-top branch. Our furry, long-tailed protagonist soon stumbles upon what appears to be an attempted burglary and vehicle hi-jacking gone terribly wrong with bodies strewn across a desert wasteland, a duffel bag full of blood-soaked money, severed limbs, and shattered windshields. He ultimately, ends up escaping with two star-crossed lovers (with crackers on their passenger's seat) who somehow, managed to escape the bloodshed. "The humble wood mouse: if it survives, it will be because of a remarkable skill to adapt to almost any new environment, on its way to the future. And the future, indeed, looks bright," our narrator Iggy Pop recounts, in closing. alt-J's third album, RELAXER will become available on 6/2 on Canvasback/Infectious Music. 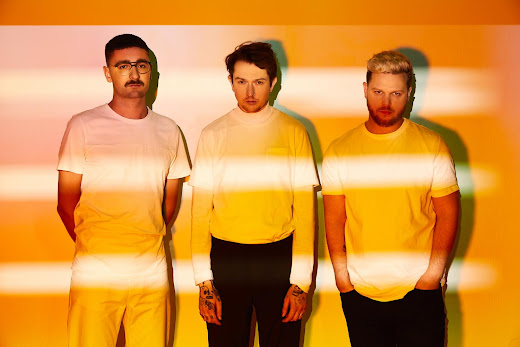