ialive Returns from it's all down south from here. Tour with Darko The Super & Torito with "A C U R A (back in my bag)" Ahead of East Coast Dates Along with Oddisee & kidDEAD 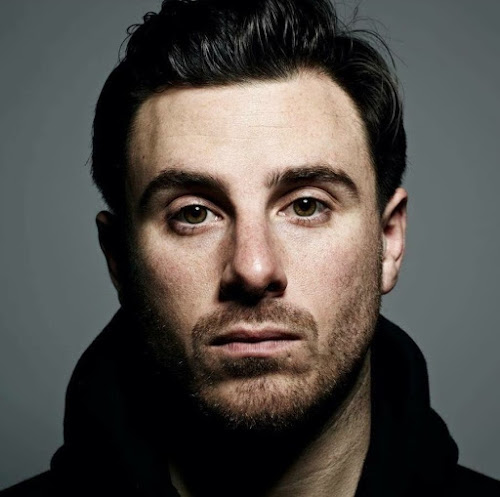 "I was feeling a little overwhelmed and burnt out with doing shows and being a wack promoter, so I decided to sit down at my funk machine and do a jam; this is the result. I did all of this in a few hours—beat, rhymes, record, and mix. It's all about the music and it always has been about the music. THANK YOU! <3 kidDEAD and I leave for a short run of shows this Thursday," Philly beat-maker, emcee, Rap-singer/song-writer ialive wrote within a recent Facebook post. ialive is of course, one half of The Hell Hole Store with fellow rapper-producer buddy Darko The Super and his latest single, "A C U R A (back in my bag)" is his first since April 2016's The Jelly EP. ialive further details that he doesn't tour as much a some of his road dog friends, but steadily maintaining a 40-hour a week schedule at his day job, booking shows for his rapper friends throughout Philly, and upkeeping a somewhat regular existence, he understandably gets tired rather easily, as most of us often do. "I focused on the feeling of thankfulness and gratitude I felt while on tour with Darko and Torito two weeks ago. I [wanted] to focus on that and not feeling rundown."


"A C U R A (back in my bag)" is largely anchored around a muffled sample that proclaims, "WHEN I'M ON TOUR, FOR'REAL..." to which ialive quips, "I'm not on tour!" ialive just recently got back from the it's all down south from here tour with The Hell Hole Store (Darko) & Torito—they even came "BACK IN THE DAMN ACURA" and is headed back out this week on a 6-date East Coast jaunt along with kidDEAD: 5/26 at Legion Bar in Brooklyn NY, 5/27 at Oxbow Brewing in Portland ME, 5/28 at Shaskeen in Manchester NH, 5/29 at The Hollow (opening for Oddisee) in Albany NY, 5/30 at an unspecified venue in Allentown PA, and finally, 5/31 at The Pharmacy in Philly PA. Darko, ialive & Torito triumphantly returned from said tour with a stack of Homeboy Sandman-esque it's all down south from here. (Tour Tapes) available on either band-made cassette or Name-Your-Price digital download. I recently heard from a little birdy that ialive and Darko The Super have reunited as The Hell Hole Store for a proper follow-up to their self-titled 2016 Already Dead Tapes album, Return to The Hell Hole Store, will be out this upcoming June 23rd. They've already released one Das Racist-sampling teaser single from their second album, "Mellow Yellow 2" to help whet your appetite and even went as far as to perform their very own "NPR Tiny Desk Concert" submission. 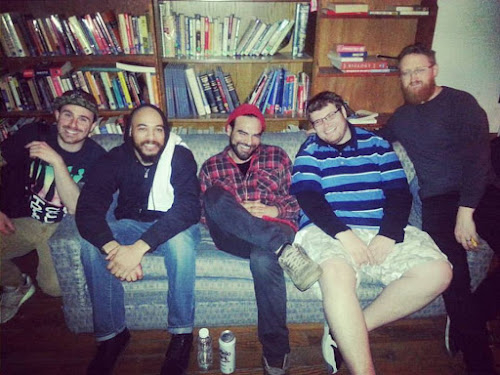 Posted by Matt Horowitz at 1:20 PM