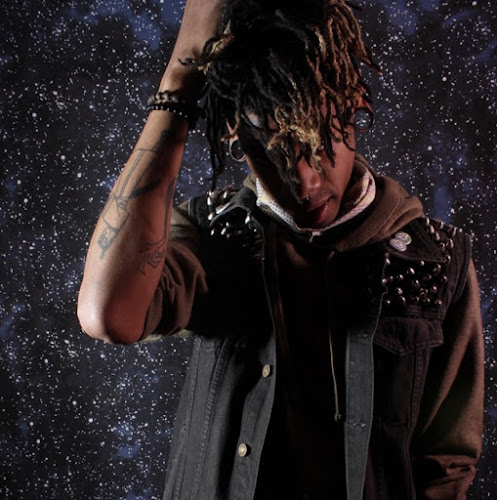 "I go by the name King Ani Mal. I'm out of South Philly and originally from Gulf Port, Mississippi. SPP GSF AFFILIATE. I am currently working on a "so-far" untitled 5-track EP produced entirely by Look! It's Aidan AKA Aidan Douglas AKA A.I.D. (@look_itsaidan.) It should be out very soon! To keep up with my music and shows, Follow my Instagram, @turbocrunch. Also, check out my latest album, Skinny God out on EVERY streaming platform. Here's my Beat-maker Bedrock:"

"I think, Dear Science was one of the first albums that made me want to dip into production. I just remember thinking how good the album was and telling myself that if they could do it, so could I. Then, I downloaded LMMS (Linux MultiMedia Studio) and started playing around on my laptop. At the time, I was playing guitar in a Punk band and no one wanted to hear what I was making, except my homie Scress. I didn't rap or even plan on becoming a rapper, but eventually, I ended up making the beat to "IDK" off of my first mixtape, New Breed (2015) and "Purple Porsche" ft. Lil' Heart [Quaa Lovee] off my second mixtape, Stoner Kid, Vol. 1."

"I'm pretty sure Radiohead might be one of my most influential bands, when it comes to production. Much like production, I didn't take Radiohead seriously during the first encounter; to tell the truth, I broke the Radiohead CD in half and slid it out my bedroom window in disgust. It wasn't 'til I got an email saying, "Download Radiohead's New Album In Rainbows for Free" that I gave them a second chance and I was about it. You can definitely catch me coming mad close to the bassline from their track, "All I Need" on my track, "Haven't Been Home" off my newest release, Skinny God."

"I stole Let's Dance from this vegan Asian with a f***ed up eye because she was a d*ck. Then, I [listened] to it non-stop for a month. I definitely owe Bowie and Iggy Pop mad props, especially, when it comes to dropping a saxophone in the middle of a track (ie: "Free Loot" & "Island.") That's gonna wrap it up for my Beat-maker Bedrock. Find me on Instagram, @turbocrunch to find out where my next show is. And go check out Skinny God. It's out everywhere: iTunes, Spotify, TIDAL, Google Play, Amazon Music, etc."


Last June, my buddy Omarey and I trekked into South Philly on a Friday night for a "Punk-Rap" show at The Pharmacy. Featured on the bill, along with The Grim Reaper, were The Sh*thawks, Felipe Pupo, MANIKINETER, Planet 88, and King Ani Mal. To be completely honest, Omarey and I had really, only gone to witness Carl Kavorkian's then newly-minted Noise-Rap project, MANIKINETER, as well as E. Grizzly's band, Felipe Pupo; although, due to a slight navigation error, we parked 10 blocks in the wrong direction and had to walk a half hour or so to the venue in the sweltering heat. Needless to say, we unfortunately missed MANIKINETER's opening set, but were still able to meet both Carl Kavorkian and E. Grizzly, as well as Quinn AKA Riff Quantum from STATIC BROTHERS. We still ended up staying for the rest of the bands on the bill and watched sets frantic sets from The Sh*thawks, Felipe Pupo, Planet 88, and lastly, King Ani Mal. A South Philly rapper-producer, also known as AnimalBeats, originally hailing from Gulf Port, Mississippi. Now, without sounding too brash, brazen, or overtly critical, King Ani Mal's music is a bit more Soundcloud/Ringtone Rap-leaning than our typical Indie/Underground Hip-Hop fare here at The Witzard.

I've since listened to more of King Ani Mal's music—namely, 2017's Skinny God and recent Singles Collection—and I would loosely compare Ani Mal's genre-eschewing output to that of Big K.R.I.T. Danny Brown, Migos, Wiz Khalifa, and Young Thug with an added Punk/Hardcore edge. I will, however, say this: that night at The Pharmacy, King Ani Mal had an entire room full of Punk-Rap kids, as well as myself, Omarey, Carl Kavorkian, and Erik "E." Grizzly completely enthralled in his late night show-closing performance. It was great to see an extremely diverse all-ages crowd from completely different backgrounds join together for a fun, lively Hip-Hop performance in a dingy, hole-in-the-wall South PHilly club. King Ani Mal's full-length debut, Skinny God is now available on "every streaming platform," along with his 7-track Singles Collection. For frequent updates and show announcements, Follow King Ani Mal on Instagram & Twitter at @turbocrunch, King Ani Mal (kinganimal-1) on audiomack, and simply, "King Ani Mal" on both Spotify & YouTube.

Posted by Matt Horowitz at 8:33 PM