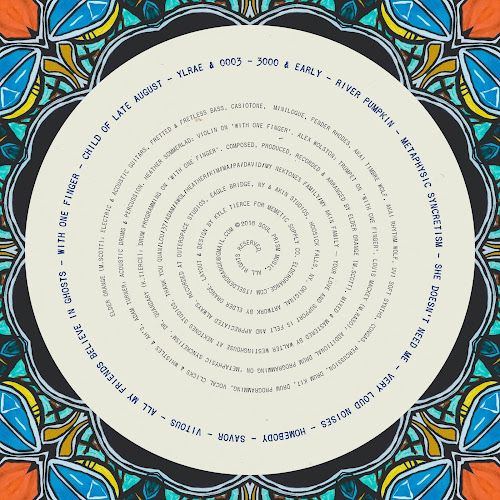 Elder Orange is the recording alias of Vermont-based producer, multi-instrumentalist, and "all around nice guy" Matt Scott (@MatthewLScott.) For years, Scott had a long-standing working relationship with international collective/Indie Hip-Hop label World Around Records, until the imprint's demise in 2016. World Around issued a number of collaborative releases featuring Elder Orange alongside Dr. Quandary and Louis Mackey, as well as tracks appearing on We Are World Around, Vol. 5-6. Matt Scott splits his time between Elder Orange and North East Kingdom Soul/R&B/Jazz/Funk/Rock quartet The NEKTones, in which he provides gtr. vox. AKA guitar and vocals. While Scott has released and participated in countless projects, he just liberated his proper debut album, All My Friends Believe In Ghosts (AMFBIG,) this past Friday, June 1st, which was also, his father's 64th birthday and Scott's first day on leave from his job of eight years to pursue music full time. Almost instantly referred to by Dr. Quandary (@quandary) as "a really beautiful & singular piece of work," All My Friends Believe In Ghosts is now available as either a 12-track album or one continuous 31-minute single-track mix. I've honestly, only listened to "All My Friends Believe In Ghosts" (Continuous Mix) and it's really a flawless, genre-less mood-evoking listen!

Posted by Matt Horowitz at 9:57 AM