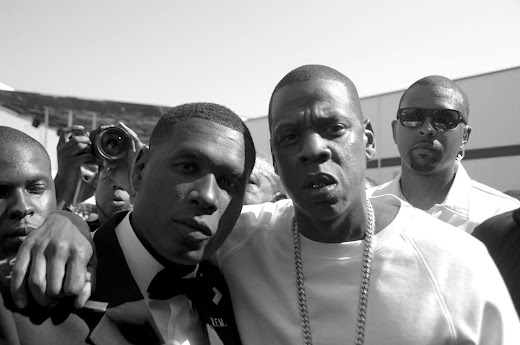 At this point in time, Jay Electronica and his long-rumored debut album have both become something of an enigma... although, with endless false start-ups and album "announcements," early this morning, 13 years after dropping Act I: Eternal Sunshine (the pledge) Jay Elect has finally dropped his debut album, A Written Testimony. Timothy Elpadaro Thedford or Elpadaro F. Electronica Allah, better known as Jay Electronica, first burst onto the Indie Hip-Hop scene in 2007 with "Act I." As its title suggests, Electronica primarily rhymes over the Jon Brion-scored soundtrack to Jim Carrey's award-winning film Eternal Sunshine of The Spotless Mind and features soundbites throughout from Erykah Badu & Just Blaze. Since then, Jay Elect has, technically, only "officially" released a handful of tracks, including, "Exhibit A," "Exhibit C," "Letter to Falon," "Shiny Suit Theory," "A Prayer for Micheal Vick & T.I." and "Call of Duty: MW3" with Mobb Deep.


Now, I have "officially" in quotations here because only the first four tracks we mentioned are currently available on streaming services and over the years, so many Jay Electronica tracks have been released, it's hard to tell what was intended to be officially/unofficially released to the public. Jay Elect's limited discography, additionally, boasts features on tracks with Talib Kweli + Hi-Tek, Paul Wall, Common, Mac Miller, MF DOOM, Chance The Rapper, Curren$y, Big Sean & Kendrick Lamar, and The Game. There's a bunch of Jay Electronica tracks floating around The Internet, supposedly, produced by J Dilla, for a planned album called War with The Dragon prior to Dilla's untimely death. Romantically, Jay Electronica has been linked to both Erykah Badu, whom he has a daughter with, and British heiress Kate Rothschild. Jay ignited a brief feud with Eminem in 2018, which, somehow, involved Diddy & 2pac.


To any effect, as recently as February 7, 2020, Jay Electronica announced on his long-dormant Twitter (@JayElectronica) that his album was done, adding, "...my debut album featuring HOV man this is highway robbery." A continued stream of Tweets explained he recorded the album, soon dubbed A Written Testimony, alongside JAY-Z over a string of 40 days and 40 nights starting on December 26, 2019. It was stated A Written Testimony would be released exactly 40 days from the announcement of its sheer existence, making its wide release date fall on Wednesday, March 18, 2020. A series of live TIDAL-sponsored listening sessions to be held in Los Angeles, New Orleans, and New York last night, but due to the recent Coronavirus pandemic, those were cancelled. So, late last night, around 11pm EDT Jay Electronica livestreamed his album on his YouTube page; said track-by-track listening experience ended around 12:20am, at which point, A Written Testimony concurrently went live on all streaming platforms.


Across A Written Testimony's 10 tracks, Roc Nation label head JAY-Z makes exactly eight uncredited appearances, along with a very Kanye-sounding Travi$ Scott, The-Dream, James Blake, and Khruangbin. Jay Electronica produced the bulk of A Written Testimony himself, but we're treated to beats hand-crafted by Hit-Boy, The Alchemist, Swizz Beatz, No I.D. Young Guru, and AraabMuzik, as well. Stereogum staff writer James Rettig says A Written Testimony incorporates unnamed samples from Rihanna, Vashti Bunyan, Brian Eno, Allen Toussaint, and Robert Fripp throughout. Honestly, it's a bit hard to review or even gauge an album Rap Twitter has been anxiously awaiting for the past 10+ years. It's still a bit heard to get my head around the fact that A Written Testimony even exists in a tangible/listenable form! For both new and long-standing fans, A Written Testimony is definitely worth checking out! Additionally, I would strongly recommend listening to Just Blaze-produced non-album stand-outs "Exhibit A (Transformations,)" "Exhibit C," and "Act I: Eternal Sunshine (the pledge,)" as well. Jay Electronica's A Written Testimony is now available on streaming services, via Roc Nation. 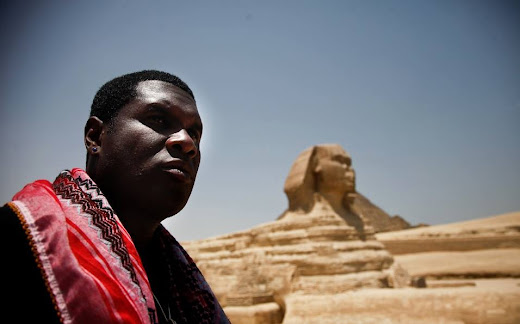