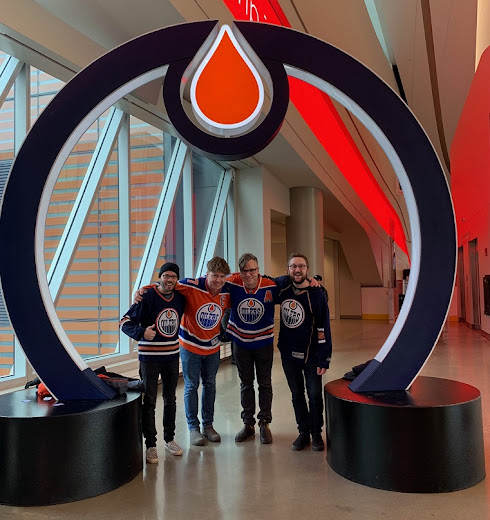 CHIXDIGGIT! are a Pop Punk/Rock band hailing from Calgary, Alberta, Canada around 1991. CHIXDIGGIT! (described by the band as the Heavy Metal way of writing "Chicks Dig It!") was unofficially started in 1990 when K.J. Jansen, Mark O'Flaherty & Mike Eggermont started selling T-shirts embellished with the faux CHIXDIGGIT! logo around their high school. Mind you, this was all prior to CHIXDIGGIT! formed as an actual band; as the shirts started selling more and more and bringing in a source of "income," K.J. Mark & Mike decided to purchase a drumkit for their as-yet-to-be-formed band. However, by 1991, CHIXDIGGIT! had officially formed as a full-fledged Pop Punk/Rock band with, as to be expected, a rotating cast of drummers, and started playing regular shows around Calgary by 1992-93. CHIXDIGGIT! signed a deal with Sub Pop Records in 1996 to release their self-titled debut full-length, which featured would-be hits, such as "Henry Rollins Is No Fun," "Toilet Seat's Coming Down," and "(I Feel Like) (Gerry) Cheevers (Stitch Marks On My Heart.)" Arguably, CHIXDIGGIT!'s most recognizable song, "Cheevers" is a tongue-in-cheek homage to infamous Boston Bruins goalie Gerry Cheevers. Legend has it, every time Cheevers took a puck to the face, he would etch a corresponding "stitch mark" onto his mask. Gerry Cheevers would later claim his mask spared him from over 150 medical stitches throughout the course of his 20+ year career. For this sixteenth(!) installment of Guts of The Ice, we spoke with long-time CHIXDIGGIT! frontman and founding member K.J. "Chix" Jansen.

K.J. "Chix" Jansen: Growing up in Canada, hockey is pretty much everywhere all year long. My parents weren't really into it until later, but my grandparents were. I'd watch Hockey Night In Canada at [their] house on the weekends. Growing up in the late 70's/early 80's, Punk Rock was the "cool" new thing. My parents weren't really into it, but my one sister was. She brought records home from a trip visiting relatives in Holland. One of my cousins was Punk and turned her onto it. I heard those records and was hooked.

K.J. Chix: I wouldn't say there was a decision to combine the two really. Song-writers write about what they experience and hockey was a big part of my experience. There's a lot of heartbreak in hockey, so it kind of came naturally.

K.J. Chix: We really only have one song that combines the two. The "Gerry Cheevers" one. It's on our first record, so I'd recommend that one, I guess!

K.J. Chix: I think, the "kings" of the genre are The Hanson Brothers. They put out a compilation of Hockey Punk songs back in the day. Great songs on there from a lot of bands. My faves are The Sweaters, Huevos Rancheros, and Smugglers tracks.

K.J. Chix: Currently active (or as "active" as you can be in a pandemic.) Lots of shows lost this year and touring plans changed. Looking to re-schedule all of that. Got a new record (or two) ready to go. Waiting to get to work on that; very much looking forward to that!

06. So, through our exploration of Puck Rock/Hockey Punk, we've heard mention of CHIXDIGGIT! and your song, "(I Feel Like) (Gerry) Cheevers (Stitch Marks On My Heart)" from numerous Guts of The Ice participating artists. What was the inspiration behind "Cheevers" from 1996's CHIXDIGGIT! and why all the parenthetical titles/sub-titles?

K.J. Chix: That's cool! I just always loved goalie masks and had written a line about drawing Gerry's mask in school on a little slip of paper. I was driving to band practice [one] day and the rest of the song just kind of popped in my head. Just kind of happened. The parenthesis were just a response to the excess of them in songs at the time. 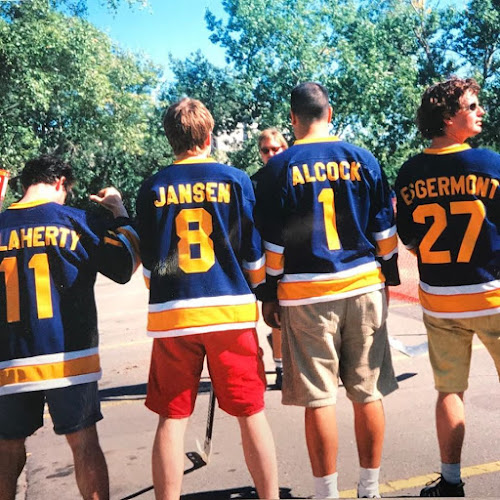