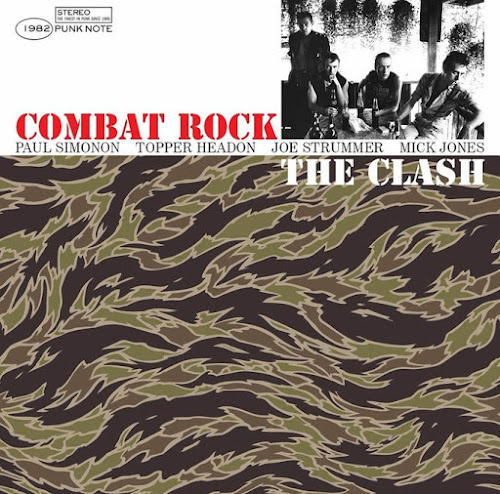 I've, admittedly, been on a Clash kick lately during quarantine... well, pretty much all things even remotely Clash-related: I've recently re-visited 1977's The Clash, as well as Combat Rock, Big Audio Dynamite/Big Audio Dynamite II's sample-laden discography, Joe Strummer & The Mescaleros' early 2000's Hellcat Records albums, 2018 career-spanning comp. Joe Strummer 001, and, of course, Johnny Cash & Joe Strummer's "Redemption Song" cover/duet from CASH UNEARTHED. It's pretty amazing to me, while primarily Punk Rock/New Wave-based, how much sampling exists within The Clash and its members related projects' music. For example: "Rock The Casbah" features an electronic sound effect beginning at the 1:52-minute point of the song. This noise is a monophonic version of the song "Dixie." The sound effect source was generated by the alarm from a digital wristwatch that Mick Jones owned and was intentionally added to the recording by Jones.


After parting ways with The Clash in 1983, Mick Jones went on to form Big Audio Dynamite, also known as both Big Audio Dynamite II/Big Audio and often, abbreviated as "B.A.D." Most people know, or at least recognize, B.A.D. II's 1991 single, "Rush," if nothing else, from its use within Adam Sandler's 1999 film Big Daddy. "Rush" alone samples or interpolates easily-recognizable elements from The Who's "Baba O'Riley," Pigmeat Markham's "Here Comes The Judge," Deep Purple's Child In Time," Peter Sellers Feat. Fred Flange's "You Keep Me Swingin,'" Tommy Roe's "Sweet Pea," and Sugarhill Gang's "Rapper's Delight." Anyways, amidst my recent obsession with The Clash, I stumbled upon an interesting mash-up entitled "Rock The Roses" credited to a mysterious remixer/mash-up artists going by the name of Mr Blennd, which, yes, blends together The Clash's "Rock The Casbah" from Combat Rock (1982) and OutKast's "Roses" from Speakerboxxx/The Love Below (2003.)


It appears as though "Rock The Roses" was originally released around 2009-10, but Discogs lists it as an "Unofficial Release" and does not contain a year as to when it was unleashed. Said listing appears to be for a white label/bootleg 12-inch and contains Vanilla Scoop's "Howler monkey mash," a mash-up of Vanilla Ice's "Ice Ice Baby" and Fatman Scoop's "Hands Up... Now Get Your Hands Up" across Side B. Oddly enough, "Rock The Roses" was recently re-released as part of Mr Blennd's Bandcamp-only comp. Pub Classics: Last Orders. Its Bandcamp listing explains, "Another collection of red hot hip-shakers from the Rhythm'n'Booze archives! All previously unreleased (apart from "Rock The Roses,") and all guaranteed to bring the bounce and swagger to whatever scenario you choose to unleash them... made to make you fall over." Mr Blennd's Pub Classics: Last Orders is now available on Bandcamp and if you're looking for the aforementioned "Rock The Roses" white label 12-inch, trust us, it can be found online, if you look hard enough. 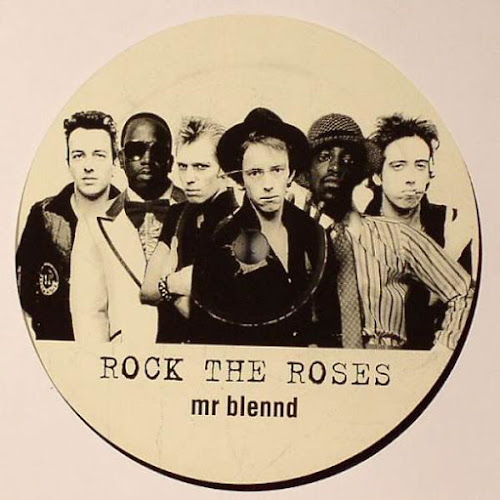 Posted by Matt Horowitz at 7:56 AM