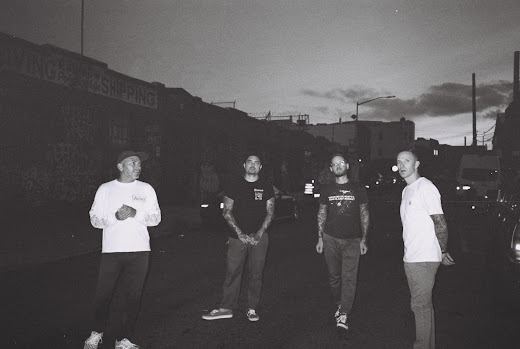 Punk/Hardcore drummer, musician, and producer Sammy Siegler has been making music since about 1987-88. Siegler's more well-known projects include CIV, Gorilla Biscuits, Judge, Nightmare of You, Project X, RIVAL SCHOOLS, Shelter, Side By Side, WORLD BE FREE, and Youth of Today, but he's, also, recorded music with the likes of Glassjaw, Head Automatica, Limp Bizkit, and Tech N9ne. Supposedly, Sammy Siegler still plays basketball with Beastie Boy Adam "Ad-Rock" Horovitz, who even remixed "69 Guns" from RIVAL SCHOOLS' 2011 album, Pedals. Sammy's latest group, Constant Elevation, started out as a two-man project with Vinnie Caruana (The Movielife, I Am The Avalanche, Peace'd Out) and released a self-titled 2019 EP on Revelation Records. Constant Elevation's 2020 line-up features Siegler & Caruana, along with guitarist Mike Ireland, bassist Jani Zubkovs, and their newest member/second guitarist Jim Carroll. Together, Constant Elevation's newfound members have previously played with American Nightmare, CASPIAN, I Am The Avalanche, The Movielife, Pass Away, Spiral Heads, and The Suicide File.

We've been instant fans and supporters of Constant Elevation since first hearing their feverish 8-minute blast of and EP. Since its release, we've been in contact with Sammy Siegler over the course of the past year or so and we recently reached out once we heard initial rumblings about Constant Elevation's follow-up EP. Siegler was kind enough to entertain a quick, yet thorough, 6-question interview about Constant Elevation's impending Freedom Beach EP, its lead-off single, "Bob X. Cursion," their connections to Hip-Hop, and what's next for CE admist COVID-19. Constant Elevation's Freedom Beach EP is now available for pre-order directly from Revelation Records in a number of formats/bundles and will see a wide release on Friday, July 31, 2020. Ahead of its release, cue up "Bob X. Cursion" on your streaming service of choice and delve into our comprehensive interview with Constant Elevation drummer and certified Punk/Hardcore legend Sammy Siegler below.

Sammy Siegler: Yes, you picked up on that! Vinnie [Caruana] & I are both big fans of Hip-Hop. There are many ties between Hip-Hop & Hardcore, especially, in the late 80’s when Hip-Hop was still "underground" and pretty raw. I remember being in Youth of Today and listening to Audio Two in the van on our Summer of '88 tour, [KRS-One] doing the intro to the Sick of It All record; it was all pretty connected, especially, growing up in NYC.

Siegler: We were able to become a band, Mike [Ireland] & Jani [Zubkovs] joined, we rehearsed, and played shows. We were able to write some songs together; that was a huge difference from the first EP and you hear it in the sound. Freedom Beach sounds a bit more agro, a little more p*ssed. We played a few shows right before going into the studio and Vinnie's voice was raw in a great way. We had some momentum.


III. What can you potentially us about Constant Elevation's upcoming sophomore EP, Freedom Beach, and its lead-off single, "Bob X. Cursion?"

Siegler: "Bob X. Cursion" is one of my favorites. Vinnie wrote a great chorus, the mosh part is brutal, [and] I think it has everything you need in a Hardcore tune. The EP is cool; not sure what to say... you'll have to hear for yourself, ha! "KRS Two" has multiple mosh parts. What more do you want?!

IV. Aside from yourselves, who else contributed to the creation/recording processes behind Constant Elevation's Freedom Beach EP?

Siegler: Jon Markson engineered it, he came in, via our guitar player, Mike. Very talented, he has a cool studio in Brooklyn. Jammi York let us use an awesome photo he took of the beach in Rockaway. I love it, he's great. He shot our last cover, as well. Anthony Pappalardo came through on the layout and design, Julian Gilbert took the band photo... probably, missing a few others, but there were a few people who contributed to it. 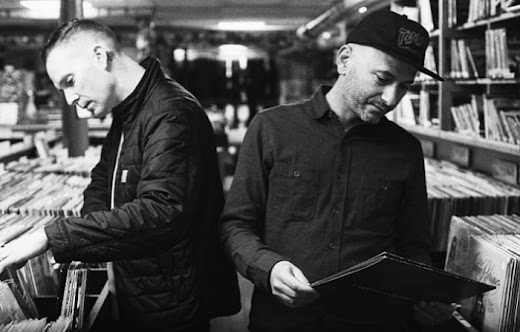 V. What were some of your biggest sources of inspiration and influence while creating and recording Constant Elevation's latest Freedom Beach EP?

Siegler: D.R.I. a little on the first song. It's sort of a "blast" beat. I don't typically mess with that, but it just felt like it was time. Minor Threat, EPMD, [and all] the usual suspects.

VI. As COVID-19-related restrictions and parameters are slowly lifted and everyday life starts getting back to "normal," what else can we expect to see/hear next from Constant Elevation?

Siegler: Hmmm, hard to say. I don't think Hardcore really works, via IGTV or a drive-in, but we'll get creative. These things take time; if we start working on some new music now, we could have a follow-up release in six months or so. But we're down for shows, once we get the green light.