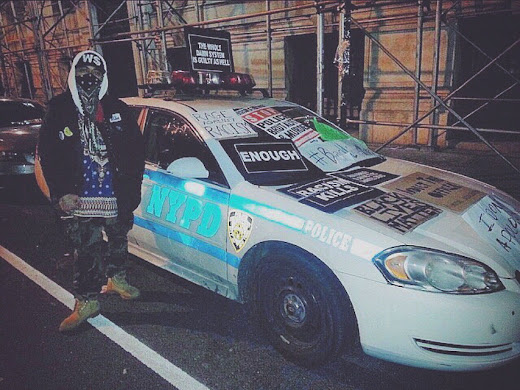 First time we ever saw/heard was at a Greedhead Records showcase at a Das Racist concert held at Union Transfer in Philly around 2012-13. Prior to Das Racist's headlining set, attendees were treated to sets from signees to Himanshu "Heems" K. Suri's now-defunct imprint, Greedhead: SAFE, LE1F, Lakutis, and Weekend Money. Das Racist's set, from what would be their final tour, was pretty great, as expected... but the opening acts were equally phenomenal! Weekend Money (W$) were hands down, our personal favorite! Honestly, I don't think NE$$ & Baghdaddy had even released their debut EP, Naked City, at the time. Since, W$ self-released their full-length, Freddie Merkury (2014) and have been teasing a proper follow-up ever since. It has been referred to as both The Death of Pablo, 8-Ball Emoji, and The Emperor Wears New Clothes during various stages of completion between 2014-20. While a number of singles from said third Weekend Money project have been released over the years, it appears as though they're temporarily putting it on hold. So, for the time being, W$ emcee NE$$ has been working on a separate project of his own called 21st Century Blues with UK-based producer Baby J. Between them, NE$$ & Baby J have collectively collaborated with the likes of A-Alikes, Amy Winehouse, Plan B, Mark Ronson, India Irie, Skinnyman, and dead prez.


Entirely written and produced remotely during The COVID-19 Lockdown, NE$$ & Baby J explain the music contained on 21st Century Blues "is an expression of systematic oppression and institutionalized racism faced by Black people in America; unpacking themes of street life, police brutality, poverty, and more..." Ahead of it's proper/tentative release on Friday August 21, 2020, NE$$ & Baby J have shared two poignant pre-album singles, "Third World Poor" and fittingly-titled "Rona." NE$$ even manages to incorporate a modified hook lifted and interpolated from Michael Jackson's 1995 single, "They Don't Really Care About Us" from HIStory: Past, Present & Future, Book I. Both tracks incorporate themes of social injustice, COVID-19/Rona Lockdowns, Stimulus Checks, and other recent, albeit terribly unfortunate happenings, in this mad world. 100% of the proceeds raised from the sales of "Third World Poor" & "Rona" will be donated directly to the campaign of Russell Maroon, a political prisoner, who has been imprisoned for 50 years; 22 of those, in solitary confinement. NE$$ tells The Witzard, "we have that W$ album still coming, but, for now, we're gonna be focusing on this release." Although, he assures, "we have a couple visuals coming soon..." NE$$ & Baby J's 21st Century Blues is currently available for pre-order on Bandcamp and will see a wide release on Friday, August 21, 2020.


"To say "art imitates life" would be a cliché, but, rightfully so. In these unprecedented times, NE$$ x Baby J bring a new project, 21st Century Blues, which paints a picture of the times we live in. Written and produced remotely during The COVID-19 Lockdown, between The US & UK, the music is an expression of systematic oppression and institutionalized racism faced by Black people in America. Unpacking themes of street life, police brutality, poverty, and more, rapper NE$$ (Weekend Money, A-Alikes) paints the harsh realities of life on the edge of society in America, while Baby J (Amy Winehouse, Plan B, Mark Ronson, India Irie, Skinnyman, dead prez) sets a broken dystopian scene with his production. The music is not designed for the radio, the club, or to fit with a current trend—it just is. The first two tracks, "Rona" & "Third World Poor," are [now] released with all proceeds donated to the campaign of Russell Maroon Shoatz, a political prisoner who has been imprisoned for 50 years, 22 of those in solitary confinement. A former Black Panther whose life and opinions would have been in sync with today's sentiments, Russell is one of many forgotten political prisoners." 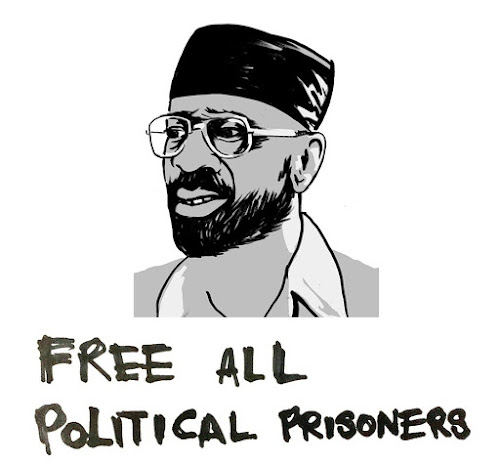