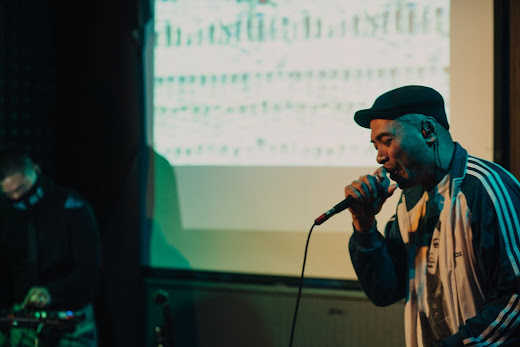 
Music has always been my muse and my place of refuge. Just like in high school, The Bad Brains & Public Enemy brought me through some pretty tough times, this Magnificent Mix allowed me to express and find some creative release through our present-day sh*t-show. This music came about when I was living in Southern California. I would, occasionally, fly back East to play shows with my bandmates (P.I.C.) to satisfy that itch to create and perform, but other than that, I didn't really have anything like P.I.C. going on in Cali.

Plus, I started working as a Digital Communications Specialist for a non-profit health care provider that was a talking point in the 2016 Election. I loved the work, but I was looking and dealing with a lot of ill and hateful sh*t all day and every day. I needed to release the pressure, so after work, I would take out the pen and pad and The 16 Pads (AKA my Akai MPD24 controller hooked up to Ableton on my laptop) and see where it would take me. Also, at the time, California passed Prop 64, which allowed me easy access to edibles, a whole lotta edibles.

"'Deja Vu" was an experiment to see what if you collided J Dilla=style production with a piercing 808 beat. I used Dionne Warwick’s "Deja Vu" and layered it with some sub-bass, keys, and percussion. There was this one time I believed I smoked a blunt laced with something and I felt like everything I was experiencing happened before. The track felt like it spoke to the moment, so I went with it."

"'Everything Is" was inspired by the Black Orpheus Soundtrack. I'm a big fan of the film, Black Orpheus. The music and movement throughout the film is just beautiful. The soundtrack and related artists get a lot of listens when I'm just vibing out. I took elements from Antonio Carlos Jobim's "Estrada Blanca" and put them up against the break from "Theme from The Planets" by Dexter Wansel. Joel ["B." Bernardo] from P.I.C. laid down some live electric bass to add some drive to the track. The lyrics are a stream-of-consciousness of some random sh*t that was going through my head at the time."

"'Improvise Harmonize" is built off of Luiz Bonfa's "Manha de Carnaval," a song from the Black Orpheus Soundtrack. I loaded up bits and pieces of the song into 16 Pads and recorded myself just vibing out on my MIDI controller. I took the best moments and put them together to make the song. Joel from P.I.C. heard me perform the song when I opened up for Sulu & Excelsior and he said, "Yo, let me play some bass to that track!" Joel added an upright bass part and DJ RonSolo from [Virginia] Beach did all the scratch work. The lyrics are about my experience traveling to Cebu, Philippines to attend my mother's wake and funeral."

"'Hold The Line" is a re-working of brother, Joe Bataan's "Young, Gifted & Brown." I like to help out in setting up community events, especially, for filmmakers and musicians from the Filipino community. My wife and I had a hand in coordinating an event with an arts center in [San Francisco]. One of the folks in charge at the arts center felt like Filipinos weren't "creative enough" for his organization to get behind, but this person did like going to the Philippines to visit his "girlfriends." This song is pretty much a "F**k You" to that dude."

"For "Mifune," I wanted to see what it would sound like rapping over the opening credits to one of my favorite Akira Kurosawa films, The Seven Samurai. Like "Improvise Harmonize," I loaded up parts from the soundtrack into 16 Pads and recorded myself messing around to a breakbeat. I spliced together the moments that turned me on and layered in some keyboards to fill out the frequencies. For the lyrics, I let the beat guide the pen and the two verses are what came out." 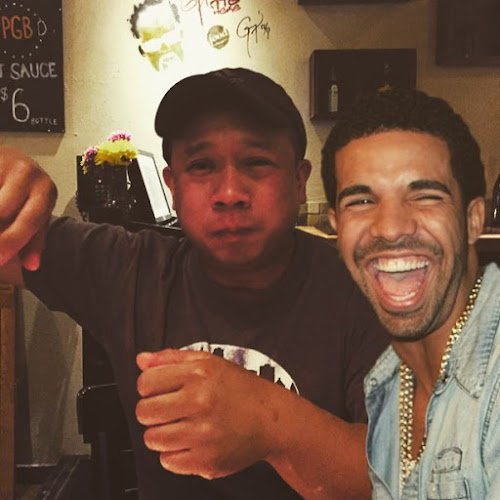 "'Magnificent Style" is built from a 45 I got in Manila. Whenever I go to Manila, Diego Mapa (from Tarsius, Pedicab) is kind enough to take me to his spots. At a dig, he told me to get this 45, it was "Everlasting Thrill" by The South Side Movement. "Magnificent Style" is "Everlasting Thrill" chopped and layered in many different ways with parts from Nina Simone & Herbie Hancock songs. My P.I.C. bandmate, RICE, played keys over the track. Lyrically, the verses were inspired by a lot of ill sh*t happening on one day at work, plus, some extra sativa chocolate."

"'Down with The Sound" is built from one of my favorite go-to karaoke songs, "Mannish Boy" by Muddy Waters, re-worked and freaked through 16 Pads and backed with some Moog keyboards. I used to DJ with MDA (from One Block Radius, Truck & Trowel Hamburgers) at The Far Bar in Little Tokyo in Downtown LA. We would spin a random mix of everything from vinyl or off of Serato. One night, a crowd came that wasn't feeling anything we were doing. I knew they were just waiting to hear the hits, but we always stuck to our guns and did our thing. My DJ philosophy is that one should listen to the DJ to discover something and let the DJ introduce you to some sh*t you never heard before. That philosophy is the thought behind the verses and chorus in the song."