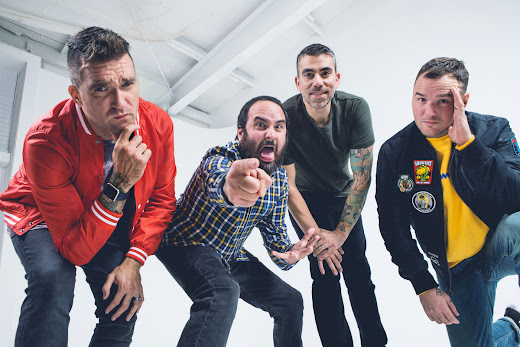 Last year, Pop-punk pioneers New Found Glory (NFG) released the third installment in their film covers EP series, fittingly titled From The Screen to Your Stereo 3. Then, earlier this year, NFG returned with a new studio album, their tenth, Forever + Ever x Infinity, which was widely regarded by both fans and crits alike as a return to the band's Pop-punk/Melodic Hardcore roots. Forever + Ever x Infinity was initially slated for a May 29, 2020 release to be sold as a Target-only exclusive, but because of the then-impending COVID-19 Pandemic, was pushed back by New Found Glory and their label, Hopeless Records, to June 19, 2020 and saw a more wide release due to various safety concerns. Now, a number of moths post-release, Forever + Ever x Infinity has birthed a number of singles, both official and promotional, including "Greatest of All Time," "Stay Awhile," "Himalaya," "Shook By Your Shaved Head," and, most recently, "Scarier Than Jason Voorhees At A Campfire."


Actually, NFG's Friday The 13th lead character name-checking single was just released yesterday afternoon accompanied by an equally spook-tastic music video. "This video is about a guy who has seen way too many Horror movies growing up. They never bothered him before. But his fear about starting his new relationship has triggered him wherein moments of fun, he only sees HORROR! Perfect time for Halloween," shares guitarist and film buff Chad Gilbert. "We are so excited to pay homage to all of our favorites. And pumped to give this song that's later on our new album some love!" Gilbert continued. "Scarier Than Jason Voorhees At A Campfire" was directed by frequent New Fouund Glory collaborator Acacia Evans and features a slew of perfectly gory/hokey allusions within to Halloween, The Texas Chainsaw Massacre, A Nightmare On Elm Street, Pinhead, Friday The 13th, Scream, The Excorcist, and more of your favirite blood-curdling Horror films. 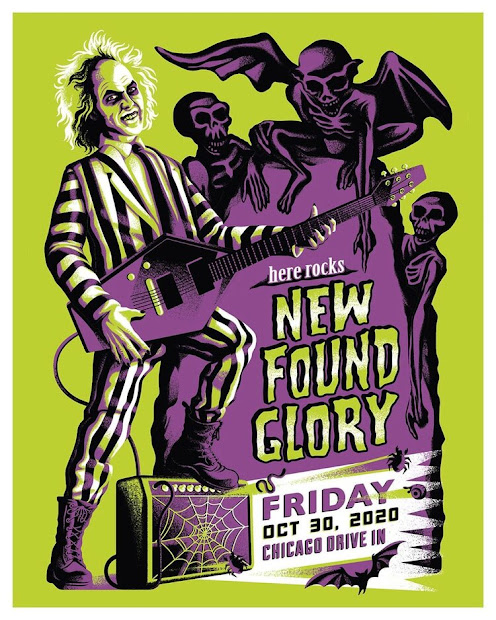 It's definitely a fun music video from four of our favorite Pop-punks/film buffs, Jordan Pundik, Chad Gilbert, Ian Grushka & Cyrus Bolooki. Plus, in addition to NFG's spook-tacular hair-rousing new video, fans can grab an exclusive vinyl variant of their most recent studio album, Forever + Ever x Infinity. The "Voorhees Blood Version" is available to pre-order, via Hopeless Records, now with orders expected to ship by Friday The 13th of November. There's, also, a companion "SCARIER THAN JASON VOORHEES AT A CAMPFIRE" BLACK T-shirt available, as well as a bunch of bundles and interesting Hopeless/NFG merch, too. Plus, plus, there's even some additional merch abailable exclusively at New Found Glory's web-store to help all you ghouls and gals get outfitted for your fright-tastic soirees this season! Tickets are still available for NFG's upcoming e-show to be held on October 30th Live from The Chicago Drive-in, along with a special post-show screening of Beetlejuice. New Found Glory's Forever + Ever x Infinity is out now on Hopeless Records.


You should know by now, after the release of three movie cover EP's, that NFG love movies and live for nostalgia, like Jaws at a summer party on the beach. Halloween is upon us! So, this was a perfect time to pay homage to all of our Horror favorites in our new video, "Scarier Than Jason Voorhees At A Campfire" OUT NOW. So, head to our Story and Swipe Up or Click the link in our Profile!!! You gotta check it out! This video is about a guy who has seen way too many Horror movies growing up. They never bothered him before. But his fear about starting his new relationship has triggered him wherein moments of fun, he only sees HORROR! You fans are the best and we hope you have a good time watching it! It was a blast to make!!!!" 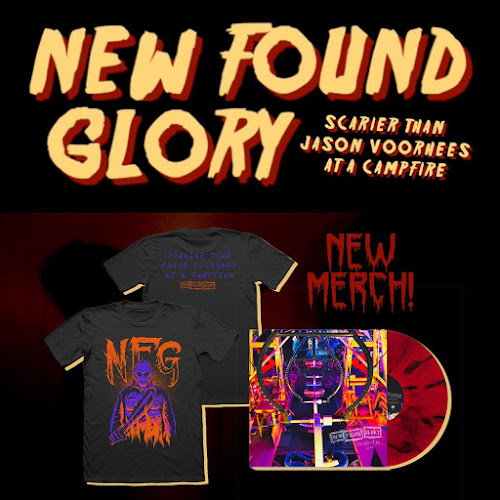