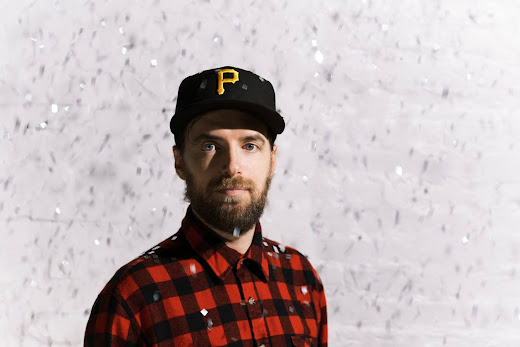 Girl Talk is the music-making alias of mash-up maestro, super-producer, and beat-maker Gregg Gillis. Girl Talk famously rose to prominemce in the early to mid-2000's with his unique sample-filled releases Night Ripper (2006,) Feed The Animals (2008,) and ALL DAY (2010.) Gillis soon ascended to large-print typeface atop countless festival bills and, eventually, got so busy, he had to quit his day job as a bio-medical engineer. Even prior to Night Ripper, Gregg Gillis had been quietly making music as Girl Talk since about 2000-02 and had issued a number of releases, including, but not limited to, Secret Diary, Unstoppable, Stop Cleveland Hate 12-inch, and Bone Hard Zaggin' 7-inch EP with Illegal Art, 12 Apostles, and 333 Recordings, respectively. Arguably, his most successful—and in our opinion, most enjoyable—release from this period would be 2006's Night Ripper, which boasts some 300 inter-woven samples.


Gregg Gillis was able to legally sample all 300 artists, spanning everyone from Ciara to Pavement, none of which were cleared, thanks to The Fair Use Trademark Law, and was available to purchase on a then-completely unheard of Pay-What-You-Want/Name-Your-Price pricing system. Following the release of his "last" long-form sample-based album, 2010's ALL DAY, Girl Talk has, seemingly, stept away from the sub-genre that initially made him world-famous. Since about 2010, Gillis has been handling production work for a wide array of Hip-Hop/R&B artists sporadically releasing one-off collaboations, stand-alone singles, mixtape stand-outs, and once in a great while, a coveted appearance across a proper studio album. Girl Talk's collaborative efforts include a critically-acclaimed 2014 EP with Freeway, BROKEN ANKLES, as well as beat placement on tracks alongside Jim Jones & Lloyd, Waka Flocka Flame, Erick The Architect AKA Erick Arc Elliott (Flatbush Zombies,) Wiz Taylor, Smoke DZA x Curren$y, T-Pain & Tory Lanez, Young Nudy, and G Perico, as well as a posse cut, "Santos House Party," from Smoke DZA, Wiz Khalifa, Curren$y & Big K.R.I.T.


Girl Talk's production work was very recently featured on "Outta Pocket" Feat. Bas & Cozz, a cut from J. Cole's Dreamville Records' latest label-spanning comp. Revenge of The Dreamers III: Director's Cut. Now, for his latest solo single, Girl Talk has once more reunited with Dreamville emcee Abbas "Bas" Hamad. "'Fallin'" uses dynamic production—spacious layered synths, skittering hi-hats, and speaker-rattling 808's—to capture the haze of a late night drive. Bas' delivery is ever-changing, jumping from rapid-fire double-time flows to spaced-out harmonies to a screwed-and-chopped breakdown," according to a press release. Below, you'll find statements from both Girl Talk & Bas about their shared experience workign together on "Fallin.'" In addition to yesterday's release of "Fallin,'" which is now available on digital streaming platforms, Girl Talk's one-time label, Illegal Art, has announced their first-ever vinyl pressing of Gregg Gillis' 2008 album, Feed The Animals, as well as a re-pressing of his 2010 album, ALL DAY, both of which are now available to pre-order.

Bas came on my radar with his Too High to Riot project in 2016. I was really into his range. He's a technical rapper who, also, has an amazing melodic sense. It's kind of difficult to define his style, which is something I always admire. When we connected, I had a wide variety of beats ready for him. This was the first one that I played and he was off and running! There were a couple different tangential parts where he completely switched up the style of his vocals. For those sections, we ended up re-doing some of the arrangements and production on-the-spot. The whole thing came together quickly!"

"I first saw Girl Talk at Catalpa Music Festival in NYC in 2012. I said, "who's this dude that's blasting toilet paper everywhere?" But he has the festival rocking and it was my favorite set of the weekend. I started following him over the years and thought he was great, but didn't know he was, also, a producer, too," comments Bas. "Fast-forward, we ended up linking up and he had BANGERS. We had great chemistry and started making songs instantly. This experience has been a real fiend full-circle story! Really excited to share this record with the world!"