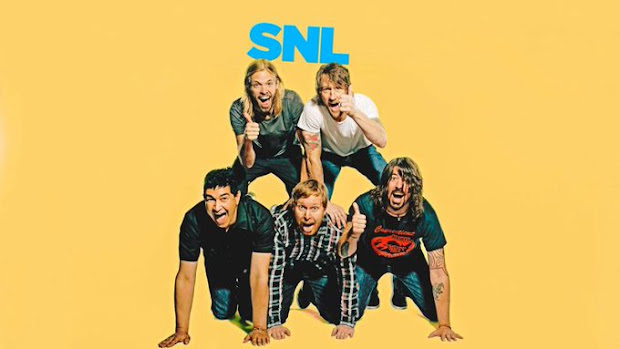 We've been eharing rumblings for quite some time now and this past weekend, Foo Fighters officially announced their tenth studio album, Medicine At Midnight. Leading up to their performance this past weekend on Saturday Night Live (SNL) Foo Fighters have been sending out weekly emails to their fan club breaking down/re-visiting their nine studio albums, labeled LPI-LPIX. Then, immediately prior to their SNL performance, Foo Fighters uploaded a number of myserious clips zoomed in our the band members' eyes, along with an unlabelled 30-second musical soundbite hashtagged "#LPX." During (actually, prior to) their first performance on SNL this past Saturday evening into Sunday morning, we recieved a press email concerning Foo Fighters' new single, "Shame Shame," and aforementioned LPX, now officially dubbed Medicine At Midnight.


"Ladies and gentlemen, Foo Fighters..." host Dave Chappelle proclaimed, cool as a cucucumber, and Foo Fighters launched into their first proper performance of their latest single, "Shame Shame," broadcast across The Nation on live TV. Earlier this year, frontman Dave Grohl had described what we now know as Medicine At Midnight as "filled with anthemic, huge, sing-along Rock songs. It's kind of like a Dance record, but not an EDM, Disco, Modern Dance record. It's got groove." "To me, it's our David Bowie's Let's Dance record. That's what we wanted to make, we wanted to make this really up, fun record," Grohl further ellaborated. It's a bit hard to judge the whoele record primarily based off the lead single, but "Shame Shame" does, in fact, have that effortlessly cool, laid-back vibe exuded across Bowie's 1983 Nile Rodgers-produced Stevie Ray Vaughn-assisted Let's Dance.


Long-time drummer Taylor Hawkins, additionally, described Medicine At Midnight as being a bit more "Pop-oriented" than Foo Fighters' previous releases and mentioned the use of a drum loop throughout, as well as a 25-year-old guitar riff from Grohl. For their second performance of the night, Foo Fighters returned with a slightly altered version of "Times Like These" from ONE BY ONE (2002.) It starts out a bit more slow and ethereal and gradually morphs into the version we all know and love. Fresh on the heels of President-Elect Joe Biden & Vice President-Elect Kamala Harris' victory earlier in the day, "Times Like These" was a phenomal choice for such a celebratory, historial, and now-iconic day in American History. According to a press release, Medicine At Midnight was produced by Greg Kurstin & Foo Fighters, engineered by Darrell Thorp, and mixed by Mark "Spike" Stent.


It packs a punchy, presumably groove-laden, nine songs "into a tight-a** 37 minutes." Kurstin previosuly worked with The Foos on their critically-acclaimed 2017 album, Concrete & Gold, bringing esteemed artists such as Justin Timberlake, Alison Mosshart (The Dead Weather,) Sir Paul McCartney, Boyz II Men vocalist Shawn Stockman, and Inara George (the bird and the bee) into the fold. Foo Fighters' "Shame Shame" is now available on digital streaming services and you can re-watch their SNL performances within this very feature. We've, also, included Dave Chappelle's incredibly poignant 16-minute monolog within this very feature, for good measure, as well. So, if you haven't seen ANY of the aforementiond footage yet, now, you have no excuse whatsoever! Medicine At Midnight is currently available for pre-order an will see a wide release on 2/5/2021 on Roswell/RCA Records. 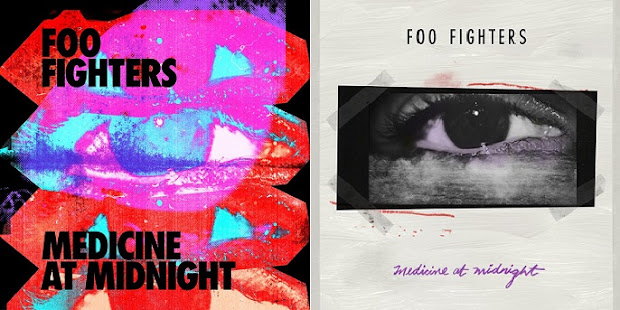