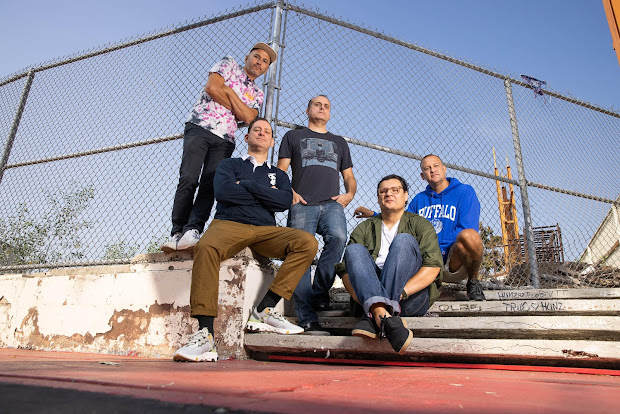 One Time for Unity is the new five-song EP from WORLD BE FREE, the Los Angeles-based Hardcore band formed in 2014 comprised of vocalist Scott Vogel (TERROR, Buried Alive,) guitarist Joe Garlipp (Envy, Despair) guitarist Andrew Kline (STRIFE, BERTHOLD CITY,) drummer Sammy Siegler (Gorilla Biscuits, Constant Elevation,) and bassist Alex Barreto (Chain of Strnegth, Alien Ant Farm.) Since releasing their debut full-length, The Anti-Circle, on Revelation Records in 2016, WORLD BE FREE played a handful of shows, but were sidelined by everyone's rigorous schedules and frontman Vogel's recent neck surgery. During this forced hiatus, WORLD BE FREE continued to write new material and when the moment presented itself, they focused on the five tracks, which, would, eventually, become One Time for Unity. We got to speak with guitarist Andrew Kline about all things WORLD BE FREE and One Time for Unity ahead of the EP's upcoming release. One Time for Unity is now available for pre-order through Revelation Records with a wide release date of November 13, 2020


I. How did you first come to get involved with WORLD BE FREE and what is your specific role within the band?

Andrew Kline: We started the band a few years back... I have been friends with Scott [Vogel] since the 90's. He had an idea of doing a more Melodic [Hardcore] band with his old friend, Joe Garlipp, and I was instantly down. I have known Sammy [Siegler] for years, but we got a lot closer once he moved to Venice. We asked him to play drums and once we started working on songs, Sammy brought in Arthur [Smilios].

II. Would you mind briefly breaking down who is in WORLD BE FREE and where fans may have heard you and your bandmates from previously?

We have all played in many bands over the years and together, we formed like Voltron and started WBF.

III. How would you best explain the nearly 5-year gap in-between WORLD BE FREE's The Anti-Circle (2016) and One Time for Unity EP?

Kline: We all play in other bands and do things outside of music, as well. We felt like it was time for a new WBF record, so we made it happen!


IV. How would you personally say WORLD BE FREE's overall sound and style has progressed, evolved, changed, etc. in the years since The Anti-Circle?

Kline: The band is definitely a sum of all of its parts. We brought Alex Baretto in on bass and he has a much darker and aggressive playing style. I think, we kind of honed our sound and got more comfortable knowing what we can do as a band, as well.

V. The Anti-Circle infamously featured Walter Schreifels (Gorilla Biscuits, Quicksand, RIVAL SCHOOLS) on "I'm Done" and now, One Time for Unity features Chuck Ragan (Hot Water Music, Rumbleseat) on its title track. How did each of these legendary Punk/Hardcore musicians come to get involved?

Kline: There is an old saying that goes "ask and thou will receive..." We hit up Walter about making a guest appearance and he was down. We booked some studio time when he was in town with Dead Heavens and just made it really easy for him. I think, he sounds great on the record and we are all really happy he could contribute. Scott loves Hot Water Music and reached out to Chuck... Chuck recorded his vocals at his home studio and when he sent them back, we were all blown away. He approached this song like he would a [Hot Water Music] song and sang in the verses, the chorus, AND at the end! Again, we are all very happy with how this turned out.

VI. Can you tell us a little bit about the various vinyl variants and pre-order packages/bundles for One Time for Unity now available directly from Revelation Records & REVHQ?

Kline: We have some cool limited version available through REVHQ.com and we will have our own limited band variant available soon. FUN FACT: this record is the first record on Revelation with an etching! 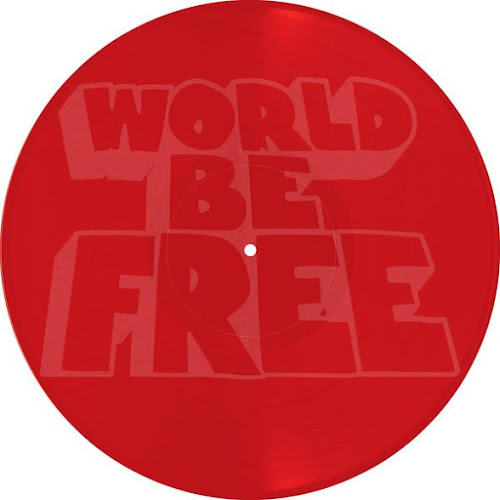 VII. What might you cite as some of your greatest personal sources of inspiration and influence while writing and recording One Time for Unity?

Kline: We all love music... as far as influences for this record, I would say Embrace, Dag Nasty, Minor Threat, Bad Brains, Black Flag, Agnostic Front, Side By Side, Project X, Hot Water Music, and more.

VIII. So, when were the five tracks contained within One Time for Unity actually recorded? What did your typical writing/recording processes for this EP entail?

Kline: We took a "time machine" and "recorded" them back in 1989 in The Lower East Side... we, then, transferred the DAT tapes into a ProTools file to be mixed by Jon Markson and mastered by Jason Livermore.

IX. Between the releases of The Anti-Circle & One Time for Unity, WORLD BE FREE attained a new member, correct? What can you tell us about your new bassist, Alex Barreto?

Kline: Alex is a true prodigy... he added the prog element that really pushed [these] songs into a new dimension.


X. What is the intended meaning or significance behind One Time for Unity's EP title and striking black-and-white cover artwork, especially, amidst the current state of the world?

Kline: What the world needs now more than ever is unity! The artwork depicts the dark times that we are in and that is important that we never forget our youthful curiosity.

XI. Upon One Time for Unity's upcoming wide release, what's planned next for either WORLD BE FREE or any of its members' additional solo/side-projects?

Kline: Everyone is still working on projects for their respective bands and we all hope to be able to play a live show at some point!

XII. How has The COVID-19 Pandemic directly affected your livelihood as a touring musician and what can fans in a position to do so, do to help support?

Kline: I think, it is super-important to buy music and merch directly from the bands that you love. Especially, full-time bands that may not have other sources of income to fall back on until they can get back on the road. Support independent venues, if you can, so they will still be able to book shows once things "go back to normal."