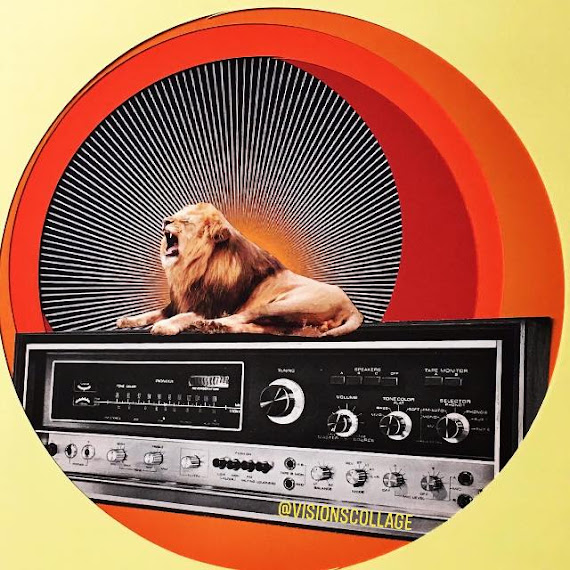 While boasting a multitude of musicians and bands from across nearly all genres, we quickly noticed VISIONS COLLAGE sporadically posts Punk/Hardcore-minded collages, as well, so we reached out directly to Steve, via Instagram Messenger. After a bit of back-and-forth, Steve haney agreed to curate an installment of our recurring Punk/Hardcore playlist column, With The Quickness. Below, you will find Steve Haney's With The Quickness playlist, along with some Punk-centric/adjacent collages he's created. Follow VISIONS COLLAGE's work updated frequently on Instagram, Twitter & Facebook. Parties interested in purchasing prints are urged to contact @visionscollage directly on Instagram for sales inquiries.


I. So, how did you first get into cutting and assembling your own unique collages?

Steve Haney: I started with cutting up various old vinyl album cover sleeves. In a way, just re-imagining the covers in a new way.

II. What sort of materials (aside from scissors) do you typically use to assemble one of your collages?

III. When looking for source material for collages, what kinds of media do you most often look for to make the best collages?

Haney: I like cutting up old album covers, vintage books, and magazines and, sometimes, some modern magazines, like an occasional fashion mag. from my wife's stash.

IV. After they're made and posted on your Instagram page (@visionscollage) what do you generally do with your creations?

Haney: I, usually, assemble the layout without glue and snap a shot of the final image; then, post it on social media, but, sometimes, I'll just glue it down, if I feel it's a "winner."

V. Thus far, aside from your own Instagram and social media pages, where else have your collages been features?

Haney: I've had them used as tour album covers, posters/flyers, and images for song singles to be featured on Spotify.

VI. What are some of the most noteworthy musical releases you've played on in recent years? Did you create artwork for any of said releases, as well?

Haney: Most recent is Jungle Fire and Kelly Finnigan, [and] a 45 release of a new project I co-produced called BUBAZA. My first album cover analog collage kicked off my obsession when I did the new Jungle Fire album cover.

VII. Who/what might you cite as some of your greatest sources of influence and inspiration on your collages?

Haney: I like so many sources. There's a painter, Mati Klarwein, who was famous in the 70's, who used to do oil paint with occasional collage. He did some amazing work for Santana, Miles Davis, [and Jimi] Hendrix.

VIII. Can you tell us a little bit about your processes behind creating one of your collages?

Haney: It changes all the time. Sometimes, it starts with a cool background; then, I look for something to bring it together.

IX. What kind of collages do you currently have in-the-works and when might we be able to see them?

Haney: Well, they're all analog collages, since I don't use Photoshop. There's a mix of musician subjects or models or abstract.

H.R. from Bad Brains, The Ramones - Rocket to Russia, The Wailers (CREDIT: @visionscollage)

X. How big of a role does fan involvement have in your collages? We often see you asking fans which version of the same/similar collage deserves "the glue down?"

Haney: Asking close friends and Followers on Facebook and Instagram for their creative advice helps me shape some collages that I can’t decide on, especially, when I do variations on one theme.

XI. What are some of your favorite/most coveted album covers you would love to cut up into a collage... but simply haven't had the heart to do so and destroy your personal vinyl copies yet?

Haney: Miles Davis - Bitches Brew and, maybe, some Blue Note covers, but, if I find the albums with super-scuffed up vinyl, I'll, usually, chop them up.

XII. What do the particular songs you selected for your With The Quickness playlist mean to you personally? Can we expect to see more Punk/Hardcore-centric collages soon?

Haney: Each tune kinda puts me in that mood when I first heard the song on an album or a live performance. If I come across any good Punk-centric images, I'll definitely try my best to chop and shape them into a collage. 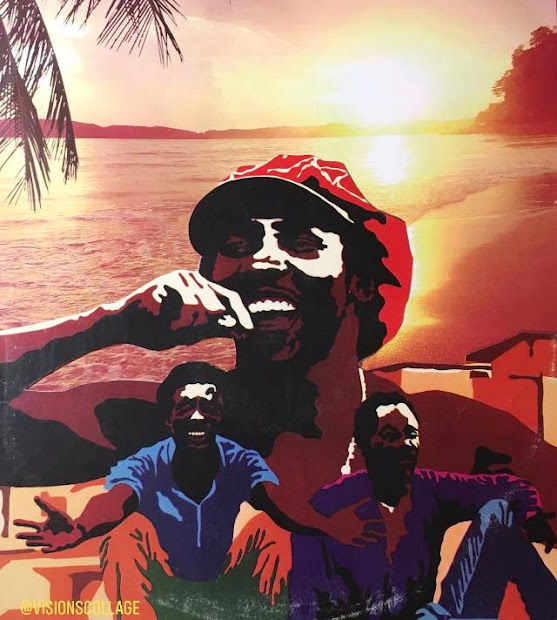