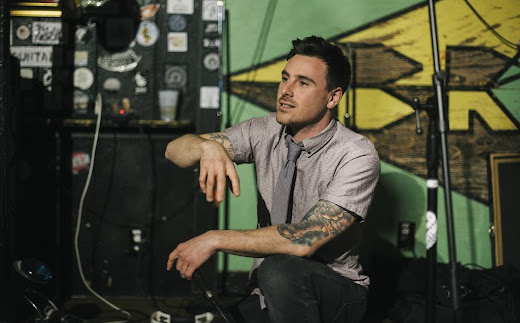 Monday morning, self-described "Rap singer, song-writer, beat-maker, and pal" Donovan "ialive" Phillips quietly announced he'll be releasing his fourth (fifth?) solo studio album, I'LL WAIT FOREVER, later this month. It will be his fourth consecutive release with Baltimore-based Cold Rhymes Records run and operated by Dan "Height" Keech & MISTER AKA Cool Guy Bry. We first heard about ialive through an interview posted by John "Jumbled" Bachman on his blog a few years back with both Donnie & Darko The Super, together, billed as The Hellhole Store. ialive's Height Keech-produced TIMEWAVE ZERO (2017) and self-produced follow-up, DON'T DO NOTHING (2019) were, easily, two of our favorite Hip-Hop albums of the last few years. I'LL WAIT FOREVER is the direct follow-up to ialive's Odds & Ends-style 2019 EP, ODD ORTS, which boasts remixes from both Juan Cosby & Unsung. Now, it appears as though this collaborative nature was a bit of a precursor to what we now know as I'LL WAIT FOREVER, which is, honestly, still a bit unexpected from typical "lone wolf" ialive. Regardless of said circumstances, I'LL WAIT FOREVER is being billed as ialive's "first attempt to gather all of his favorites and allow them to do their thing over his productions."


"I started sending beats to friends and loosely forming this album in my head, just as I was finishing DON'T DO NOTHING in summer of 2018. I've always been extremely inspired by Handsome Boy Modeling School's albums, as well as @djprincepaul & @dan_the_a, in general. [Dan The] Automator's curatorial skills shine so hard on the @gorillaz's first (and best) album. Another album that locked in as a kid was The [World Famous] Beat Junkies Volume 2 [with] @rhettmatic! I always loved the seamlessness and really choice tracks. This album taught me another level of patience, persistence, follow-through, and adaptability. I had to adjust with timing and content like never before. What I proudly present to you could not be a thing with out all the amazingly talented people I've [had] the honor of calling collaborators and friends. I'm happy to announce that this record will be available 2/21, via @coldrhymeslabel and you can pre-order it now. Linkin' Bio." 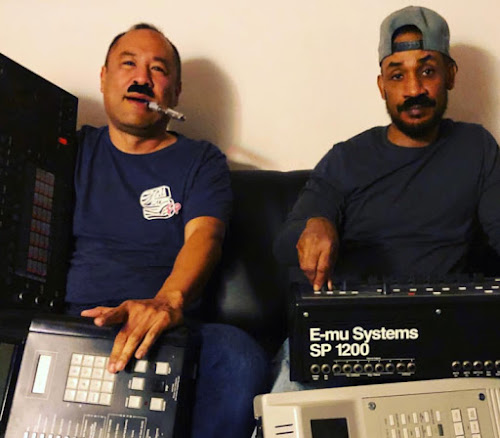