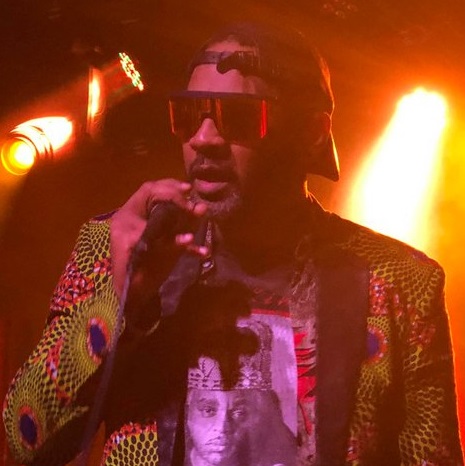 "In February 2020, I was introduced to NOSAJ from New Kingdom. In a flash (three days,) we recorded a project. Hope you enjoy," reads the headline on J Fusaro aka steel tipped dove's Projects page. We've been hearing rumblings about steel tipped dove & NOSAJ's collaborative EP, now known as NOWNOWNOW, on Twitter for quite a few weeks. It has already been described as "Absurd Punk music" by steel tipped dove (@steeltippeddove) himself. An old Das Racist affiliate, dove has either produced, engineered, or mixed projects for a wide array of artists, including Armand Hammer, Astronautalis, Big Baby Gandhi, Darko The Super, milo/scallops hotel, safari al, billy woods, and Zilla Rocca. NOSAJ AKA Nature Boy Jim Kelly, Nosaj The Great & Jason Furlow is an emcee and producer, likely, best known for his work with 90's Psych-Rap troupe, New Kingdom. Furlow has since recorded and released music with David Byrne (Talking Heads,) KID ACNE, Bill Laswell, Morcheeba, and Tricky. NOWNOWNOW's Bandcamp page attests NOSAJ draws influence for his rhymes throughout from Divine Styler, Bad Brains, and Jean-Michel Basquiat, which would explain the running Punk/Hardcore feel heard across said EP.


"I was introduced to Jason [NOSAJ] for another project he was working on with some mutual friends that's under wraps right now, so I'm not gonna say anything about it. After we got finished recording that, we just started hanging out and vibing. I played some beats and when he heard one he liked, he hopped on the mic and crushed it! We did the four joints in about three short sessions, I mixed them, and, now, they're out!" steel tipped dove recently told The Witzard, via email. NOSAJ elaborated, "this is, without a doubt, the most organic recording project I've ever been a part of. I walk eight minutes to steel [tipped dove]'s crib, walk upstairs, exchange greetings with his dog, Tootles, smoke, [and] steel plays some of his tracks; when I hear "that sh*t," I leap up walk two feet over to the microphone, ill the f**k out. steel bounces it down and texts it to me, say goodbye to Tootles, walk home, and listen to banger we just recorded. All of which takes... one hour!" NOWNOWNOW does, indeed, go "extra-f***ing hard" and it's easy to liken the sound heard throughout to that of Bad Brains, Ho99o9, Rage Against The Machine, and Yeezus-era Kanye West. steel tipped dove & NOSAJ from New Kingdom's NOWNOWNOW EP is now available to purchase, stream, or download exclusively on Bandcamp, Soundcloud, and YouTube.