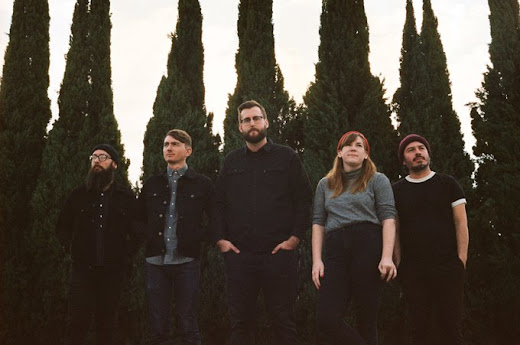 
It's a well-executed clip for one of the catchiest songs on an extremely catchy album; Shelton & Acuña, basically, just filmed Spanish Love Songs performing "Beachfront Property" in front of a red sports car (maybe, an old Mercedes Benz?) in a stark red-colored room, but it's very effective! Brave Faces Everyone was recorded late last year with Spanish Love Songs' in-house producer/guitarist Kyle McAulay at Howard Benson's West Valley Recording Studios and has already drawn comparisons to the works of Bruce Springsteen, The Menzingers, and Manchester Orchestra. A sort of running mantra/theme through the album is "when you're young, you just want to be heard," as frontman Dylan Slocum laments. "If you sing something loud enough and long enough, hopefully, people are able to find some peace in that," Slocum laments within an album press release. Again, Spanish Love Songs are currently on a UK/EU tour in support of The Menzingers through February 15, 2020 and will be embarking on their own State-side tour starting Thursday, February 20th supporting The Wonder Years, alongside Free Throw & Pool Kids. Spanish Love Songs' Brave Faces Everyone is now available in both physical and digital formats directly from Pure Noise Records. 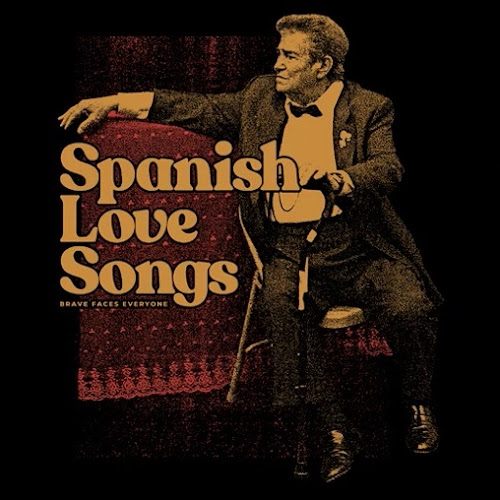