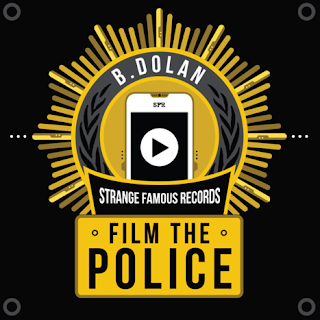 Not unlike it's infamous 1988 predecessor, "Film The Police" is an urgent call to arms... a call to the young people of the nation to right common injustices. Essentially, it's an anti-violent protest song against often overlooked senseless instances of police-citizen brutality. In recent years, police brutality has become a far-reaching worldwide problem; One which has remained null in the United States, until this recent ring of "Occupy [insert city]" protests. Since many Millennials (1980-2000) were far too young to recall the dramatic events surrounding the release of N.W.A.'s "Fuck The Police," they [we] have now developed an updated message to match the current state of the nation: "Film The Police." It's a quite simple concept... if you see police brutality taking place, keep your distance, whip out your cell phone, and document that shit! The time is now to take action and MAKE HISTORY, my friends!

["Film The Police"] features a reconstruction of Dr. Dre's original beat, brilliantly reanimated by UK producer, Buddy Peace. Label CEO, Sage Francis, opens the song by picking up the gavel where Dr. Dre left it 23 years ago, introducing a blistering, true-to-style flip of Ice Cube's original verse by SFR cornerstone, B. Dolan. Toki Wright (Rhymesayers) follows up by stepping into the shoes of MC Ren, penning the people's struggle against cops as a case of "Goliath vs. a bigger giant." Finally, Jasiri X rounds out the track by filling in for Eazy-E, reminding us that police brutality disproportionately affects poor people of color.
With the Occupy Movement bringing various forms of injustice to the forefront of people's consciousness, "Film The Police" is a reminder that cops have been a continued and increasingly militarized presence in public streets. Thanks to the widespread use of smartphones and video cameras, along with the popularity of social networks such as Twitter and Facebook, the power of the media has been put back into the people's hands as they document the injustices perpetrated by those who have sworn to serve and protect them.

Posted by Matt Horowitz at 8:31 PM