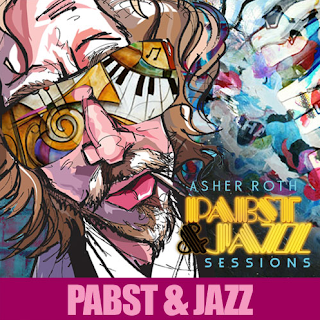 Similar to the vast majority of Hip-Hopping up-and-comers anymore these days, Asher Roth really manages to flex his lyrical "nuts" across the length of his free-form mixtape releases... Maybe it's the chance to pull samples from just about any source (free of charge) and "GO HARD" without a single worry or fret that's all the more liberating. Whether it be The GreenHouse Effect (2008), Seared Foie Gras with Quince and Cranberry, or THE RAWTH EP (2010); Roth's intelligent Beats & Rhymes which are thinly spread across his mixtapes, regularly TRUMP his companion major label-spun album by-products. Fun Fact: Asher Roth and Justin Bieber actually share[d] the same talent manager, Scooter Braun.


Asher Roth initially burst onto the music scene in 2009 - upon the release of his radio-friendly lead single, "I Love College." Paired along with Asleep In The Bread Aisle (premier LP), Roth managed to reach the #5 spot on Billboard's Hot 200 chart! Even though he was mildly pigeonholed and shunned after it's release, Asher Roth's musical stylings have gradually progressed with each imminent project since unveiled.
While a proper follow-up album has been long-rumored, Asher Roth has remained fairly silent since the release of his last great mixtape, Seared Foie... Def Jam will finally release Roth's Jazz-inspired mixtape EP, Pabst & Jazz to iTunes this coming Tuesday, Dec. 20th. The Spaghetti Tree "Is This Too Orange?" (Album #2) will follow soon thereafter. Nearly a week before it's release, it seems Asher Roth was in a giving mood and liberated the mixtape's title cut, "Pabst & Jazz;" Just days earlier, he revealed 8 show dates for an upcoming small, intimate nation-wide [supporting] tour... where he'll be backed by a LIVE band and supported by DJ Wreckineyez.
Posted by Matt Horowitz at 10:31 PM