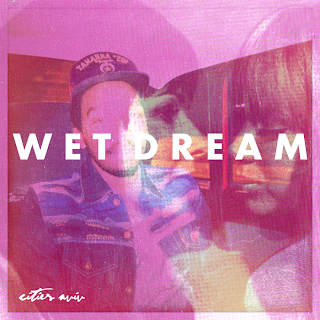 "I'd like to stay in love with you all summer and after fall, I'll keep you warm through the winter." [Front] and center for Danny Brown at Fool's Gold. Cities Aviv speaks  excitedly, like a fan first and a rapper second: "When I go to a show, I want to feel like, 'This dude is gonna kick me in the fuckin' face.' If they let you down live, it's to the point that you don't want to listen to the record anymore."

The manic young man behind mysterious musical pen name, "Cities Aviv" is in fact Memphis, TN's very own Gavin Mays. Cities Aviv's overall sound is essentially a haphazard juxtaposition of May's favourite genres: Indie, Punk, Hip-Hip, and Chillwave. Yes, that sounds like a formula to produce a completely terrible combination of sounds... Various media outlets have shown particular liking to May's Cities Aviv project; Even going as far as to dub him "Hip-Hop's Next BIG Thing" [etc.] "W E T D R E A M" effectively re-roots an admittedly cheesy sample from The Alessi Brothers - "Oh Lori" (1976). While the track is an effective execution of "Cloud Rap," it is currently without home [homeless]. Any form of proper EP-album placement for "W E T D R E A M" has yet to be announced. Maybe it's juts a fleshed-out leftover from Cities Aviv's critically acclaimed May 2011 release, Digital Lows sessions (Fat Sandwich).