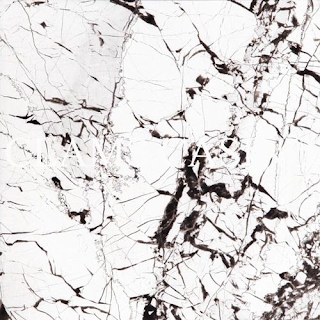 Earlier this year, 23-year-old Nutley, NJ native, Mike Volpe ("Clams Casino") released a mixtape chock-full of instrumental Hip-Hop beats - completely on a whim. Said mixtape, the aptly-titled "Instrumentals" was received with great praise far and wide! So, instead of making one of those cliché "Year-End Lists" like everyone and their brother, though I will admit that I briefly contemplated the idea... I'm just gonna go ahead and say it: Clams Casino - Instrumentals was hands down, the Mixtape Album of The Year! And with that said, it's almost inappropriate to categorize this genre-jumping materpiece as solely "Hip-Hop." Soon after, Witch-House label, Tri Angle released a collection of original Volpe material: Rainforest EP (June 2011).


For all intensive purposes, Clams Casino essentially created Lil B's now infamous stream-of-consciousness #BASED musical stylings. One could further argue that Volpe also had a strong hand in "Cloud Rap" (Chillwave)'s 2010-11 formation, as well. For those not yet familiar with Clams Casino... his sound can essentially be described as: atmospheric, "mood music," ambiance, sample-based, Chopped & Screwed, airy, emotional, and soundtrack-esque.
Instrumentals is made up of 11 unadorned beats, which were previously utilized by the likes of Lil B BASEDGOD, Soulja Boy, Squadda B, Main Attrakionz, and Deezy D. Mike Volpe originally liberated the mixtape online back in March-April, Type Records then released a physical 2xLP package... and just yesterday, Instrumentals was re-released online - mixed, mastered, and now presented in 320 kbps. Clams Casino has recently begun working with a few note-worthy "mainstream" artists including: A$AP Rocky, Big K.R.I.T. The Weeknd, and Lana del Rey (Remix). Right now, it looks as though 2012 is fixing to be yet another BIG year for up-and-coming producer, Sir [Michael] Volpe!