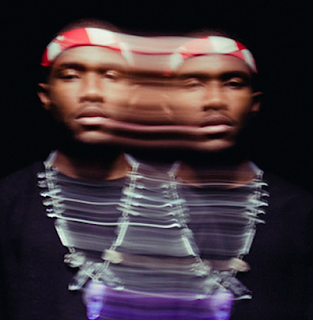 (1) I really dig the high concept, mysterious/vagueness & Frank Ocean cameo behind "Thinking About You!" But the video might be a little hard for some viewers to follow... Can you please walk us through it's perceived concept?

No way... The video is how it is, the intention is for the viewer to pull the meaning that they want from the video. To us, explaining it would sort of ruin the concept and self relate-able emotion that is evoked in most people.

(2) I remember when "Thinking About You" was originally uploaded to Vimeo & then Def Jam soon yanked it. What made then now decide to adopt it as the track's Official Music Video?

No idea, we were just as surprised yesterday when we saw it popping up all over the internet.


(3) How did you guys initially get in touch with Frank Ocean to film his cameo? While small, his role as a nurse seems pretty pivotal to the video's overall concept. How much input did he really have in "Thinking About You"'s [visuals] final creation?

Frank hit us up to make the video for him. He wanted to be in it but minimally. He let us do whatever we wanted with the concept. Big ups to Frank for that; It's super rare an artist trusts us enough to do what we want, but he did and we really appreciated it.

(4) Have you heard any of Frank Ocean's upcoming Def Jam debut? Might you guys link back up for another music video?

(5) What sort of projects are High5Collective currently working on & when might the be unveiled to the rest of the world!?

We just did a shoot this past weekend, and we got two more coming up in the coming week, then writing for a few more in May. Can't really say who yet, but we are stoked on all of em.
Posted by Matt Horowitz at 2:16 PM