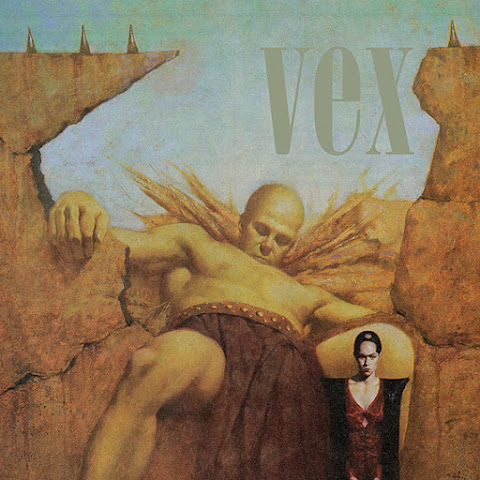 Let me do my best to try and preface this here post a little bit for clarity's sake: I first got in touch with Vex Ruffin (Twitter) last October while on vacation in Ocean City, MD after an EPIC FAILed night out at beach-side bar/club Seacrets... Anyways, Vex and I exchanged email addresses, talked for a bit, and then suddenly fell out of touch. It was really no one's fault, but I still managed to pay semi-close attention to Vex Ruffin's rising career with Stones Throw. Fast-forward to roughly 2 weeks ago (March 2012): I decided to go out on a "limb" and hit Vex up again on Twitter. Fresh on the heels of Eulogy EP and V.E.X. Lamina Radio (Vol. 1), I figured I'd ask Vex Ruffin if he'd be willing to curate a custom playlist for "The Witzard." And a few messages/just as many days latter, here it is - Crash Course EP (Inspirations) Playlist. It plays out like an amateur mix CD from a guy who grew up listening to DMX and The Cure: Shouts to Ryan Africa!


"For this song I was really trying to sound like the song "Vitamin C" from the Krautrock band CAN. Instead of course, it became something else. We even had similar lighting for our video. This was the first music video I've ever done in my life!"

"["I'm Creative"] was done in my head before I recorded it... It was originally supposed to sound like the girl band, Kleenex/Liliput but it turned into something else... obviously PiL."

"The music of "Shield [for You]" was inspired by Love & Rockets - "The Dog-End of a Day Gone By;" Especially the synth part on that song. The melody of the vocals was inspired from the Reggae group, Musical Youth - "Pass The Dutchie." Like when I say "Brain in the head and my blood runs through," I got the melody from "How does it feel when you got no food." Make sense?"

"For the vocals [on "Hey Jerald,"] I was trying to channel Beat Happening and Jesus & Mary Chain. But I think I also channeled Madonna's "Crazy for You" (1985)."