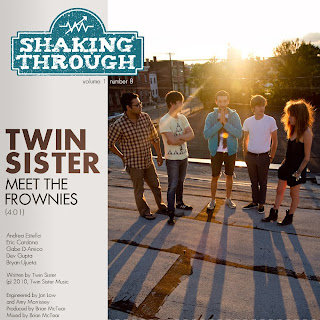 "No matter what he does or with whom he does it, Kendrick Lamar always manages to put his stamp on a track. He is a force of personality who can influence even the static logoified personage of old Andre Young, whether through vibe or straight up writing his verses.

The Rap Cognoscenti has a low opinion of ghostwriting. I don't have a problem with it, as writing like this is often a collaborative process and has been going on forever, like Tony Asher writing lyrics with Terry Sachen and Brian Wilson. I don't feel less emotionally invested in the line, "I can hear so much in your sigh" because Wilson didn't write it. Dr. Dre is known to work like Michelangelo, getting other dudes like Scoop DeVille to paint the ceiling for him when he is the one behind the blueprint. He sounds excited for the first time in years!

Much has been written about the precedents for Kendrick Lamar's style (with him, "style" must be italicized), writers combing through Sway and Tech compilations and Scribble Jam videos trying to remind themselves of what rapping used to sound like. It's easy to put him backstage at The Good Life with Freestyle Fellowship and the other project blowedians but I really see him as evolutionary Ras Kass. Except Kendrick Lamar would not look out of place in the "Ghetto Fabulous" video."


"His flow here is python-like: Coiled tightly but somehow simultaneously jumpy and sharp. He's thrilling to listen to, treating guest verses like laboratory experiments. Here he is the anchor of the song, delivering a low, watery chorus that never clearly resolves or establishes itself that recalls the vibe and location detailed in the beat's source material. Dre and him work as an amorphous Rap cloud, finishing each other's sentences and reinforcing the hazy atmosphere. It's probably a good song to smoke weed to.

The aforementioned beat goes hard too, with that economized Twin Sister sample. I always heard that opening line and felt immediately at ease. It makes something relatively general (smoking weed in a living room with someone you really like) feel romantic and cinematic. The fact that a new song with Dr. Dre heavily samples Twin Sister is just another example of the singular times we're living in. Usher is singing over some L-Vis 1991 type shit, Dr. Dre is going Indie. Somebody send Wiz Khalifa that last Sean Nicholas Savage record, we need a yacht to hang out on!"

Posted by Matt Horowitz at 4:51 PM