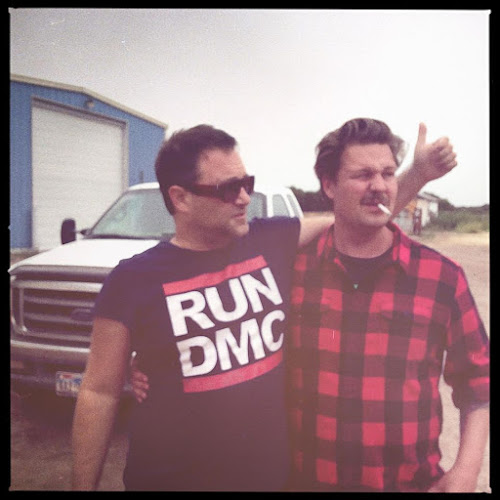 Now, many of you may or may not recognize the name "TV On The Radio," but for me, personally, they were my first favorite Indie Rock band. Their 2004 major label debut, Desperate Youth, Blood Thirsty Babes was essentially, my gateway into Indie Rock and to an effect, helped shape what I do now here at The Witzard. Since TV On The Radio's initial ascension to Indie Rock super-stardom, long-time guitarist, multi-instrumentalist, and producer Dave Sitek has produced albums for everyone from Kelis to Cerebral Ballzy, released a 2010 solo album as Maximum Balloon, and in 2012, even started his own label imprint called Federal Prism and launched a sister label, Sounds Like Fun Records, with The Cool Kids' rapper-producer Chuck Inglish. LEDINSKY AKA Daniel Ledinsky is a Swedish-based singer, producer, and song-writer, who had a massive streaming hit last year with "DonalTrumpMakesMeWannaSmokeCr**k" and has worked with Cee-Lo, Rihanna, Shakira, and Tove Lov. Prior to forming their new "Neil Young-ish" side-project, The Neverly Boys, Dave Sitek & Daniel Ledinnsky penned songs together for the likes of Blondie, P***y Riot, and TV On The Radio's latest album, Seeds (2014.) Just last week, The Neverly Boys quietly released their first single, "Burn, Hollywood, Burn" on Los Angeles/Sweden-based label, Acid Moose and are currently working on their debut EP or album. Not long after its initial release, LA-based tattoo artist, model, and singer Kat Von D (@thekatvond) uploaded a stripped-down piano cover of "Burn, Hollywood, Burn" to her Instagram page. Von D has reportedly been working on a debut album of her own with Foo Fighters frontman Dave Grohl, Nine Inch Nails producer Danny Lohner, Linda Perry, ex-fiancé deadmau5, and Fake Shark - Real Zombie! since roughly 2011.


"Ladies and gentlemen, we'd like to introduce you to your new favorite artist—The Neverly Boys. Comprised of Daniel Ledinsky, who released the massive streaming hit, "DonaldTrumpMakesMeWannaSmokeCr**k" last year and producer Dave Andrew Sitek of TV On The Radio, The Neverly Boys have released their first single, "Burn, Hollywood, Burn" today [on] Acid Moose, a new label based in Los Angeles and Stockholm, Sweden. Inspired by their shared home city of Los Angeles, "Burn, Hollywood, Burn" is about the broken dreams, on which Hollywood is built. It was written before the recent reports of abuse in Hollywood, though it stems from the same poisoned well. "I'm guessing most people who live here in Los Angeles can relate to that feeling of total hopelessness," says LEDINSKY. "This place sure creates some amazingly beautiful art, but it also has a tendency to use and corrupt you. Hollywood has attracted artists to come here to pursue their dreams since the 1920's, and a lot of people end up in a very dark place chasing that dream. I love this city for all its beauty, but it has always been a very hard and violent place, as well.'" 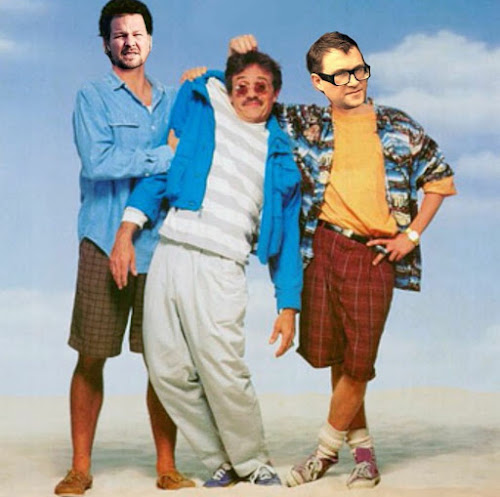 Posted by Matt Horowitz at 9:35 AM