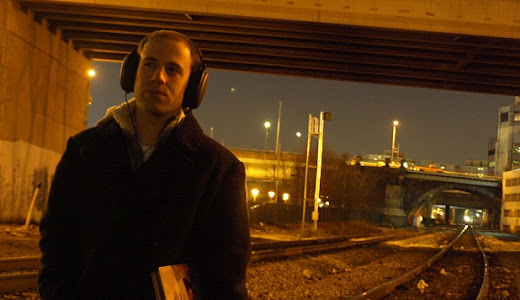 hectic zeniths is the "mixed media collage time travel film score justice reform trip-hop music video comix shoegaze lo-fi art horror solo piano loop pedal synth pop hip-hop project" of Philly-based producer and multi-instrumentalist, Adam Prince. It appears as though hectic zeniths has been active since about 2011 and Prince often records and releases music as amplifya, as well. hectic zeniths produced two tracks included on Darko The Super's 2018 album, Bogus Poetry In The Dizzy Age and has also, recorded with Seattle-based emcee sketch lightly as said the starling. Now, hectic zeniths has returned with his first proper release since 2017's layercakes remastered, A Soundtrack for Real Justice: A Fundraiser for The Philadelphia Community Bail Fund. A Soundtrack for Real Justice... is a fundraiser/benefit comp. with 100% of proceeds raised being donated to the Philadelphia Community Bail Fund.


"In the past few years, I've been inspired each time I see a new fundraiser project on Bandcamp–I've seen albums of various genres used to generate donations to the ACLU, Planned Parenthood, Yellowhammer Fund, Bethesda Project, and many more. As I find myself moving towards writing music without samples, I wanted to do one last sample-heavy Hip-Hop "beat tape," where the sample sources used on each track directly related to a cause the project would fundraise for. I landed on doing [a] project where each track samples from albums recorded "Live In Prison;" Johnny Cash famously recorded At Folsom Prison in 1968, but dozens of artists recorded live albums this way in the 1960-80's.

Criminal justice reforms in this country are something I feel strongly about–and among other things, I believe that no one should stay locked up, simply because they can't afford bail money. This is why I've chosen to make a donation upfront with the release of this project to the Philadelphia Community Bail Fund and hope to use the project to raise more money to donate (100% will go to the Bail Fund) or raise awareness, so that people will donate directly. The project features remixes from producers AJ RICE & LONECREW with guest vocals from The Hell Hole Store. I'll be playing a few tracks from it as part of an hour-long instrumental Hip-Hop/Electronic mix I'm putting together as a part of WKDU's annual Electronic Music Marathon 2019 on October 14th at 9:00am. End Cash Bail & End Mass Incarceration!" 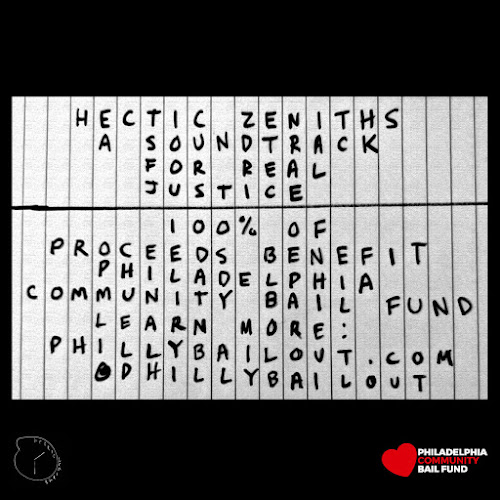 Posted by Matt Horowitz at 6:33 AM