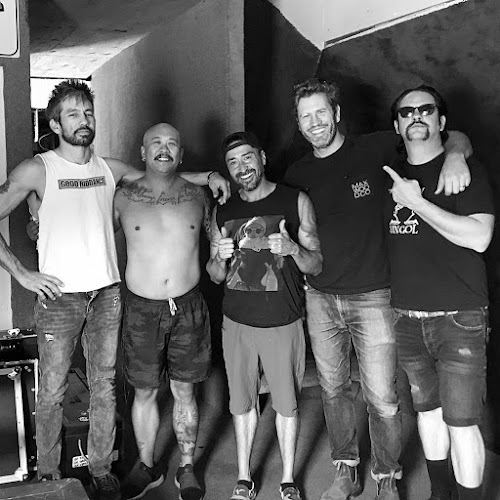 NO MOTIV were an Oxnard, California-based Punk/Post-Hardcore band originally active from 1995-2014. NO MOTIV were early pioneers of the sub-genres of 9second generation) Nardcore, Sadcore, and Emocore with five full-length releases issued on Vagrant Records/The Edge Recordz between 1996-2004. The band's primary line-up included guitarist/lead vocalist Jeremy Palaszewski, guitarist/vocalist Max McDonald, bassist Roger Camero, and drummer Patrick "Pat" Pedraza. Camero shifted from bass to drums, when Pedraza parted ways with the band to form his own group, From Satellite, around 2004. Jeff Hershey joined as bassist/vocalist at the time of the Pedraza/Camero shift with Dave Brandon contributing bass duties at one point or another, as well. Since releasing their "last" proper release, a 2011 EP entitled, Winterlong, NO MOTIV's members have been largely inactive ans assumed to be on an indefinite hiatus; their solo/side-projects include Monster Hand, Sea Greens, Hershey, Jeff Hershey & The Heartbeats, Gentlemen, Peace'd Out, He Fails Me, Hybrid Moments, Death Country Blue, and Machines. Pat Pedraza has previously been featured across these pages of The Witzard as part of his "Dadcore" band, Dad Brains.


"This photo right here (ABOVE) is what we like to call "Rule of 5." It's a rarity, but, also, a wonderful thing when we get the five members of NO MOTIV from the 1998-2005 Vagrant [Records] era in the same room together. We would like to send out a special message regarding our bass player, Jeff Hershey. To celebrate the 20th anniversary of [And The Sadness Prevails...], we felt it was absolutely necessary to do this with Pat [Pedraza] back in the band. This is comes with the approval from Jeff, as he fully endorsed the idea of the O.G. Sadness line-up reuniting.

So, for those of you, who might be wondering what’s going on with Jeff, he's still very much a part of NO MOTIV. He hasn't left the band and we certainly haven’t kicked him out. This is a brotherhood and for those of you, who know us or follow us closely, you know that we haven't stopped making music together at any capacity. Unfortunately, Jeff won't be around for the reunion shows, as his band, Night Demon, is leaving for an extensive European tour tomorrow. We'll be missing him dearly, but it's absolutely awesome to know that they'll be crushing it every night. So, good luck and bon voyage to our brothers, Jeff, Armand & Dustin. May you bring the HEAVY METAL HEAT to the masses!!! We love you guys." 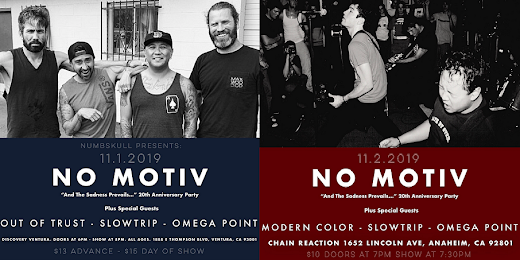