It's The ROC: Jay Electronica - "Act II: Patents of Nobility (the turn)" #Tracklist 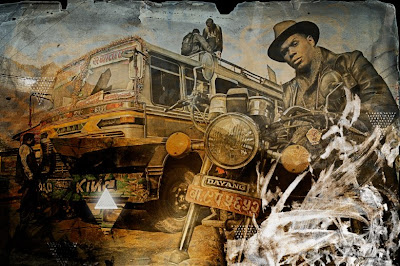 I don't think I've ever been so fucking elated [EXCITED] to see a tracklist for an album that doesn't really even exist yet!; Just a few mere hours ago, Jay Electronica Tweeted a screengrab of Act II: Patents of Nobility (the turn) in his iTunes, which was originally rumored to have been released online over Winter Break 2008-09. Jay-Z has supposedly been [with]holding Act II since Jay Electronica turned the final version into Roc-Nation back in March 2012 because he thinks "it has no single on it," which I find pretty hard to believe... considering the breath-taking gamut of featured talent: Kanye (2), Erykah Badu, Sean "Diddy" Combs, Jay-Z (2), Charlotte Gainsbourg, The Bullitts, The-Dream, and even Ronald Regan/Serge Gainsbourg!?


After while, my eye noticed that quite a few STELLAR, previously-released tracks like "Dear Moleskine," "Exhibit A-C" (Remix), and that Nasty Nas guest verse are noticeably absent from Act II's elegant 15-track album ordering for some odd reason. Jay Electronica probably has no idea that what he's somehow managed to hand-craft has easily become one of the most anticipated, long-awaited Hip-Hop albums of the past 25 years! Act II: Patents of Nobility (the turn) is rumored to finally see a proper October release. Man, I hope that shit's right - SO READY for this damn record!

"Every magic trick consists of three parts... The Pledge: Where the magician shows you something ordinary; a bird, a deck of cards or a man... The Turn: Where the magician takes the ordinary something and does something #Extraordinary... Act I: Eternal Sunshine (the pledge) & Act II: Patents of Nobility (the turn). #Rocnation. #IndustryLockdown."

Posted by Matt Horowitz at 9:54 PM