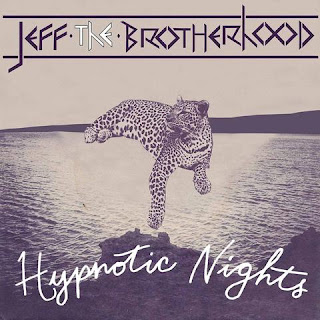 POWER finally came back on last night and now my fridge works, just in time to chill the Yuengling 6-pack I bought earlier! HAPPY 4th OF JULY, my friends! I'm headed into work for a short 2-6 shift... and then having some family and a few friends over for a nice little BBQ. Then if all goes well, heading down to Bridgeton high school for some fireworks later tonight. Burgers, dogs, and beer are almost as essential as "red, white, and blue" for this All-American holiday.


JEFF The Brotherhood definitely have the right idea; Jake & Jamin Orrall got a bunch of friends together down by the lake for a make-shift PARTY and Elise Tyler/Michael Carter just happened to film the whole damn thing - ha. It also duals as a simple music video to go along with lead single, "Sixpack." Hypnotic Knights EP is out now, which is basically a 4-track sampler for Hypnotic Nights. Entirely produced by Dan Auerbach (The Black Keys), that'll be out on July 17th. Have a safe & happy holiday, guys... AMERICA!

Posted by Matt Horowitz at 8:34 AM