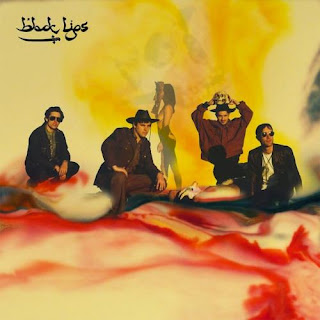 "She wants us to do a Punk Rock song with her -- She likes Punk Rock. So we're working that... She's come to our shows. Actually, her ex-boyfriend's band, we used to play with all the time - Cheap Time. She used to hang out with normal people like us -- Getting to the top, it's lonely but it's got a killer view!"

- Cole Alexander on Ke$ha, via Pitchfork/Spinner


Black Lips are prepping what can be toted as their impressive Album #6 (roughly a record every year and 3 months) - Arabia Mountain. For the 16-track collection, the Atlanta "Flower Punks" logged studio time with famed producer Mark Ronson... Previously having turned knobs for Amy Winehouse, Wale, Christina Aguilera, Jimmy Fallon, and Dirt McGirt (ODB), the March 2010-Jan. 2011 sessions marked Ronson's first time collaborating with The Lips.
2 of the album's earlier-recorded tracks were laid down with Lockett Pundt (Deerhunter guitarist), with the remaining 14 handled by Ronson. A sampling of each man's handiwork can be viewed above/below - The Pundt production being "Go Out and Get It!" As of June 7th, the entire Arabia Mountain collection will become available for purchase and/or mass consumption, by way of Vice Recordings.

Posted by Matt Horowitz at 9:19 AM