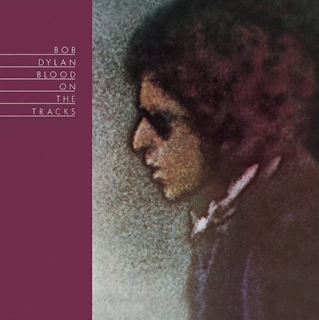 Born Robert Allen Zimmerman on May 24, 1941 in Duluth, Minnesota. "The Man, The Myth, The Legend" turned 70 just yesterday. A singer-songwriter, poet, and painter, Bob Dylan has released roughly 34 studio albums... Thus excluding countless live, collaborative, bootleg, and compilation collections. Some of Dylan's most memorable Pop Culture contributions include: "Going Electric" (Paul Butterfield Blues Band, 1965), enabling The Beatles' drug use-age, The Wallflowers, Hendrix's 1968 hit cover of "All Along the Watchtower," Judaism-Christianity-Judaism, "SOY BOMB," Kurtis Blow's "Street Rap," and "Judas!" From my personal experience, Dylan is much like Lil' Wayne - Either you love him and think he's "Prolific," or you simply just "Don't get it."


Rolling Stone recently teamed up with various musicians to compile a celebratory list of "The 70 Greatest Dylan Songs" (Issue #1131). With a backcatalog of 500+ odd tracks, it would be a very hard feat for me to compile such a list... But the first Dylan composition I remember hearing was "Simple Twist of Fate" in about 2003. Since then, I've amassed a definitive collection of Dylan vinyls, CD's, and cassettes. Amongst my favourite complete albums are Blood on the Tracks, Nashville Skyline, Highway 61 Revisited, Blonde on Blonde, The Bootleg Series, Vol. 7 (No Direction Home), and Dylan & The Dead. Recent albums, Modern Times (2006) and Together Through Life (2009) are also of note-worthy mention. Along with my dad and buddy Jeremy, I had the honor of catching a Dylan show @ Temple, as part of the 2009-10 leg of the "Never Ending Tour."
Posted by Matt Horowitz at 2:55 PM