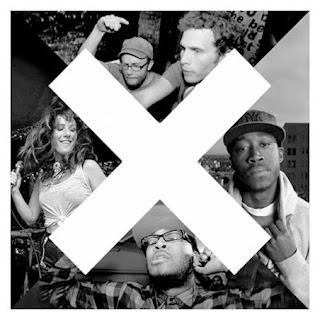 The Hood Internet is a Chicago-based website/collective made up of members STV SLV [pronounced: "Steve Sleeve"] and ABX [pronounced: "A. B. X."]. Together, they've been mashing-up Indie/Hip-Hop tracks and then uploading the end results to their online archive, since March 2007. The Hood Internet has grown to include [mini-]mixtapes, live shows, EP's, "musical collaborations," Social Media pages, and merchandise...
ABX and STV SLV are reportedly working on a collection of original material, due for release later this Summer. Their newest output, a cover of The xx's "VCR" will seemingly be featured on said album. A remix of sorts, the track showcases the rapping abilities of Freddie Gibbs and Telli (Ninjasonik), as well as Elizabeth Harper (Class Actress)'s vocal touches - Jointly recorded @ Daytrotter's SxSW Studios, March 11-20.


"Having connected with so many musicians over the past few years, ABX and STV SLV have embarked on recording an album of completely new material–but in the spirit of Hood Internet's Fantasy-Sports-League stylistic collabos, the album is bringing together many different musicians from as many different walks of sound, to create a modern collaboration made possible by the speed of The Real Internet."

- Compliments of The Hood Internet (Facebook Bio)
Posted by Matt Horowitz at 3:21 PM