Life, As Told By Trent Reznor. (NIN - "Something I Can Never Have") 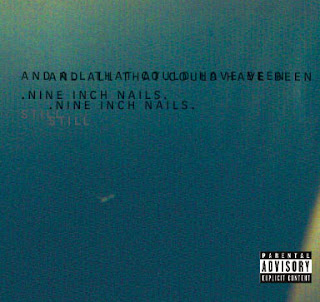 "Nine Inch Nails (NIN) was formed in 1988 and remains a vehicle for the talents of Trent Reznor, its founder. Reznor's brand of industrial rock is sometimes harsh, often uncompromising and is complemented by perverted, tortured imagery Professionally, he has often found himself at odds with the entertainment industry which has led to tumultuous relationships and ongoing legal wrangles...
Halo Seventeen, CD 2 [Still] Stand-alone release of second disc from And All That Could Have Been [2002]. Released in VERY LIMITED EDITION for a short time on the NIN website. * - This is a digipak with a 10 page booklet, consisting abstract images from live shows and liner notes."


* Pick up a copy of Still, EXCLUSIVELY @ the Official NIN Website, for the reasonable price of $10 ($9.95, to be exact). Supplies are [seemingly] limited.
Posted by Matt Horowitz at 5:27 PM