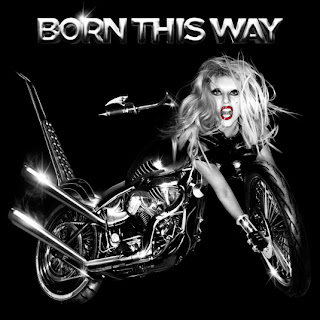 While "Haus of GaGa" [creative team] originally only intended for "Edge of Glory" to serve as a Promo/Teaser Single, it's now being pushed as an Official Single. Meant to be included within iTunes' "Countdown to Born This Way" lead-up promotional effort... It became so successful almost immediately after its original release, inspiring countless YouTube memes and impacting US Mainstream Radio, in turn becoming Single #3.
Genre-wise, "Edge of Glory" can easily be categorized as Electro Rock, Dance-Pop, Synthpop, and/or Jazz; The latter, due in part to the added sax riffs of Clarence Clemons (E Street Band). Thematically, the track was inspired by the recent death of GaGa's grandfather, as well as segments of Rocky 3.