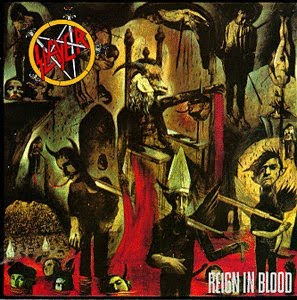 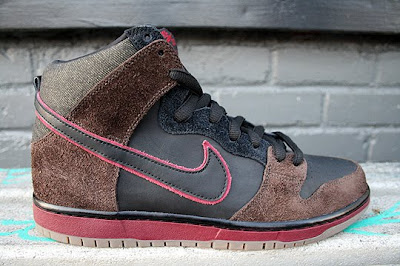 "My relationship [with Slayer] goes WAY back and has come full circle with band and management. I met Tom [Araya] and Jeff [Hanneman] in the mid-80's when I hung out and worked at my uncle's club (La'Mours) in Brooklyn. Then I started hanging out and working at Rush Management/Def Jam and Slayer oddly enough got signed by Rick Rubin there... So, I was back in the mix. Still have my 1 of 12 Def Jam/Slayer Letterman jacket.. fits a little snug but its a classic.
Soon after, I hung out in the studio during the recording of South of Heaven [1988]. At that time, I was basically Tom and Jeff's drinking buddy.. going out right after the studio to clubs and bars almost getting beat up by bikers in Brooklyn. Right after that.. I would see them on various tours and what not.. always keeping in touch.
Fast forward... their management of Rick Sales and Kristen Mulderig .. have been friends of mine for 20 years.. I was the one that hooked up the deal with Plan B Skateboards.. soon after that.. Slayer's management always kept me in the loop of projects that had to do with the action sports industry.. to let them know if it was cool or not.. fast forward to this project.. My favorite album of all time is Reign In Blood.. I always wanted to do a shoe with Slayer but it had to be done right.. So, myself along with my designer Mandee... colored it up and pitched to Shea and Shawn B from Nike SB.. from there it started snowballing with more projects in the works between all parties involved."


* Head on over to Highsnobiety to check out their FRESH "Talking __ with..." - An interview segment with Mr. DeLuca. Topics include Slayer, Nike SB's, the Internet, collaborative processes, fashion/music, etc.
The Nike x Brooklyn Projects Slayer "Reign In Blood" SB Dunk Highs are "soon to-be-released." Additional angled images of the shoes are available in a Highsnobiety post, from earlier in the week (5/9).
Posted by Matt Horowitz at 12:32 PM