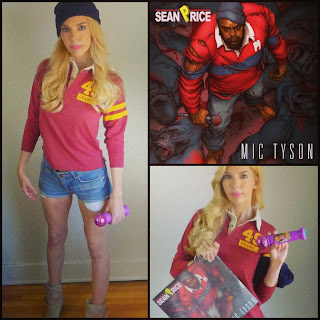 Initially mis-labelled as "New Shit, No Name," Sean Price (NIGGLETIUS!!!) quietly uploaded "Sean Shank Redemption" to Soundcloud Thursday/Friday morning, while most of The Internet was sound asleep; a hard-hitting track with no producer or emcee credit whatsoever, it's since been revealed to feature Starvin B. But it doesn't really matter, because Sean Price is hands down one of the most talented and sadly, criminally under-rated rappers in the game! DA GRODD FATHER!!!'s Twitter feed has since been updated to vaguely specify, "The dude on the song with me is [named] STARVIN B. AND HE CAN F*CKING RHYME..." Price also seemingly revealed a tentative title for his forthcoming album, BONGO LENZIE BEAR. While there isn't exactly a solid release date, a new Sean Price record is definitely something to get mildly excited about; especially since his last album, Mic Tyson was packed full of 15 certified "cold hard" Golden Era Hip-Hop-inspired BANGERS! Regardless, new righteous bars from Sean Price are always welcome in any way, shape, or form and let's hope that new Duck Down album ends up materializing sooner than later! Shouts to heightfiveseven for her stellar cover re-creation (above).

Posted by Matt Horowitz at 9:46 PM