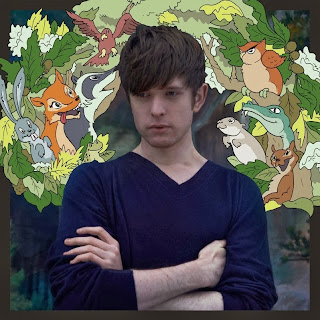 "I've always felt like "Life Round Here" wasn't [ever] really finished," lamented English singer-songwriter James Blake during a recent Noisey video-interview with new-found collaborator. Chance The Rapper. Arguably a First Wave Dubstep pioneer, Blake's music almost seems pre-fit for a sharp-tongued young emcee like Chance; But it doesn't come off in that preconceived, label-suggested, and slapped together kinda way like other recent "crossover" hits (ie: A$AP Rocky & Skrillex). It's pretty easy to tell that these guys are true admirers of each other's work, who have become fast friends. Fresh off a collaborative track with Lil' Wayne, Chance The Rapper recently revealed to online-magazine XXL that he and Blake met at this past year's SXSW and "kept in touch and started working together on a couple of tracks, including some original material... people seem to like ["Life Round Here"] a lot. But I'm really excited for our other shit, too."


All-star video director Nabil seems to have been James Blake & Chance The Rapper's number one choice to execute their vision on film; Here's "Life Round Here"'s general concept, as Nabil himself sees it, "So, I thought I'd bring an old-school low-rider car to the countryside in England. Get a mixture of characters, and try and bring it together and make something that makes people question things and hopefully doesn't take away from the track." It's a stark, multi-layered black-and-white clip that features quick road-side glimpses of ghetto fabulous dancers, fist fighting hobos, a priest-nun pair, Somalian pirates, a horse crossing the street, and a brigade of shady-looking characters. While the original version of "Life Round Here" appears on James Blake's second album, Overgrown, and Chance The Rapper's latest mixtape, Acid Rap is now available online... I guess we'll just have to wait and see what else they might have in store for the unsuspecting world of music!
Posted by Matt Horowitz at 7:44 PM