ECID Returns with "Guru" Music Video from HowToFakeYourOwnDeath/HTFYOD DELUXE Directed By: Mercies May (Fill In The Breaks) 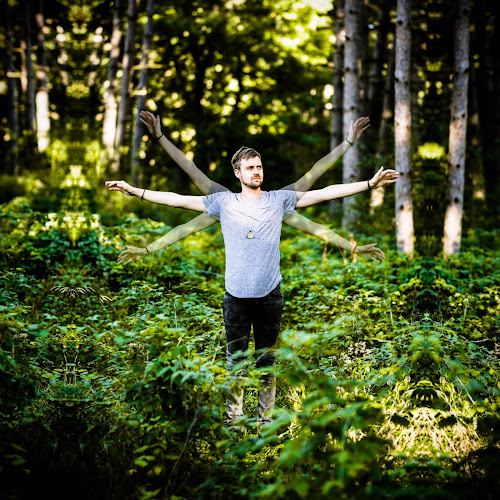 Jason "EDID" McKenzie is a Minneapolis-bred/Brooklyn-based "Outsider Hip-Hop, Indie & Far Left-field" artist, who, by his own admission, "[makes] all the beats and [raps] all the raps." Since about 2004, ECID has established working relationships with like-minded Experimental Hip-Hop artists, such as Awol One, Eyedea, Kristoff Krane, Louise Dorley FKA Louis Logic, and milo; over the years, ECID has been part of a number of groups including Living Stereo, Jordan Miché & David Mars Accompanied By ECID, Saturday Morning Soundtrack, Sector 7G, and most recently, TOYFRiEND with Louis Dorley. As many of you may well remembers, we, actually, covered TOYFRiEND's debut 2017 Indie Pop/Hip-Hop EP, foolHearty with custom artwork designed by @unibrowduck. Just about six months after foolHearty, ECID returned with HowToFakeYourOwnDeath (HTFYOD) his first album solo since 2015's 2-pronged release, PHEROMONE HEAVY/Pheromone Coma: PHEROMONE HEAVY Instrumentals​+​B​-​Sides.


HTFYOD was my first full-fledged exposure to ECID's music and it's definitely an interesting listen with sonic allusions to Aesop Rock, Eydea & Abilities, Doomtree, El-P/Run The Jewels, Fake Four Inc. K.Flay, Open Mike Eagle, and SIMS. I've, actually, been communicating directly with ECID (@ECIDfitb) for, at least, the last year or so and we've stuck up an interesting digital friendship. For the first anniversary celebration of HowToFakeYoruOwnDeath, ECID released a Bandcamp-exclusive album entitled HTFYOD DELUXE complete with two previously unreleased bonus tracks and an "Alternate Beat" version of opener "Bng Mngr." Now, to celebrate the 2-year anniversary of HowToFakeYourOwnDeath, ECID has, once again, returned with the Mercies May-directed music video for "Guru." Below, you'll see a few words about "Guru" ECID sent us, via email. Both HowToFakeYourOwnDeath & HTFYOD DELUXE are currently still available on Bandcamp, as well as digital streaming platforms, in a multitude of formats.


"So, the track was featured on my 2017 LP, HowToFakeYourOwnDeath. It was written from the perspective of a victim confronting their oppressor. In this case—their spiritual guide/guru/idol—someone in a position of power [is] abusing their power/influence over them. I think the theme is pretty applicable to our current political climate. The video was shot at various locations throughout Minnesota & Colorado. We drove out the sand dunes and hiked to the middle of nowhere. It was one Hell of an adventure. Directed by my frequent collaborator, Mercies May. He really wanted to make a Sci-Fi video with me and having worked with him before, I put my trust in his vision." 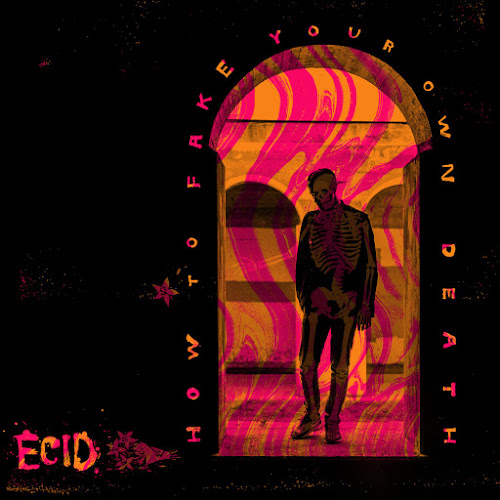 Posted by Matt Horowitz at 8:50 AM