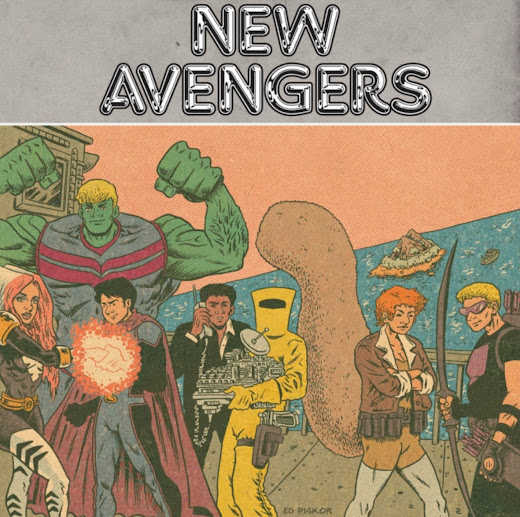 "New music alert! I'm super-happy to announce that I got 2 45's out today. First one is my versions of 2 classic cuts: "Umi Says" & "The Message." Get them while they last, via @starcreaturevibes. Link In Bio. Appreciate everybody that's been supporting me along the way," Noam (@soulsupreme) posted on Instagram on May 21, along with a couple "Praying Hands" Emojis. "Noam" is, of course, Tel Aviv, Israel-born, Amsterdam, The Netherlands-based producer and multi-instrumentalist Noam Ofir; professionally, he goes by Soul Supreme, as well as Love's High, when playing with Marlon Penninkhof AKA Marlon Penn. Soul Supreme has previously done "live" remixes of everyone from A Tribe Called Quest to Stevie Wonder on his Instagram & Facebook Live pages. Noam & Marlon have released music—both together and separately—on Chicago-based Star Creature Universal Vibrations, Elivity Records, and Tugboat Editions. All three labels are, actually, sous/sub-labels of Tim Zawada & Boogie Munsters DJ Ben Van Dyke's Tugboat Motion Co. whose labels include: Astro Tapes, Hotmood Records, Star Creature, Tugboat Editions, Tugboat Edits, Star Creature Universal Vibrations/Vibes, and, of course, Tugboat Motion Co. As mentioned above, Soul Supreme/Love's High has returned to Star Creature Universal Vibes with two freshly-pressed limited edition 45's.


The first features instrumental re-works of both Grandmaster Flash & The Furious 5's seminal 1982 smash-hit, "The Message," as well as Yasiin Bey FKA Mos Def's "Umi Says" from his 1999 Rawkus/Priority Records debut, Black On Both Sides. Oddly enough, one of the first times I heard Mos Def rhyme was during a then-freestyle, which would later, become "Close Edge" from The New Danger, backed by a CD-R in Dave Chappelle's SUV and presented on a now-infamous episode of Chappelle's Show. Mos ferociously rhymes, "Don't push me 'cause I'm close... to the streets, to the beats / the b*tches, the n****s, the women, the children / the workers, the killers, the addicts, the dealers / the quiet, the livest, the realest / And that's close!" Everyone, even fans of Happy Feet, should know the famous refrain Mos Def slickly interpolates within "Close Edge:" "Don't push me, 'cause I'm close to the edge / I'm trying not to lose my head / It's like a jungle sometimes / It makes me wonder how I keep from going under," from, of course, Grandmaster Flash & The Furious 5's "The Message." Also, just-released is Eric "E Da" Boss & Ishtar AKA Lucid Paradise's "A Little Mo' Betta" B​/​W "Tonight" (Love's High Remix) produced by Soul Supreme. "The Message" & "A Little Mo' Betta" 45's are currently still available directly from Star Creature Universal Vibrations' Bandcamp page... but get your copy while you still can 'cause they're goin' fast!