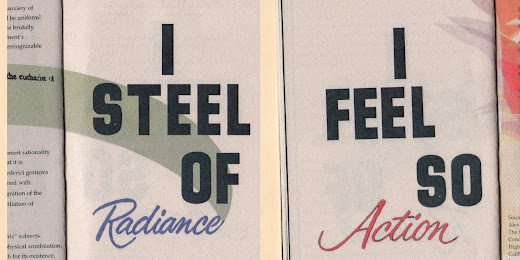 Kenosha, Wisconsin emcee Safari Al—AKA S.al, S. Al, Emmanuel Fade, Safari Al (Journeyman Hip-Hopper,) @s_afari_al, etc.—is a Ruby Yacht/Ruby Yacht Makers Guild (rbyt) affiliate and frequent milo/scallops hotel collaborator. The man also known as Alexander Kollman is, actually, a visual artist and carpenter by day with a degree in Biomedical Engineering. Safari Al has been consistently recording and releasing Hip-Hop music since about 2014 when he temporarily moved out to Los Angeles with milo; although, S.al has been quietly making music for at least eight years, having released music as part of or alongside Busdriver, The Dilla Gents, milo, Mugwampers, REDWALL, scallops hotel, WC Tank, and short-lived Folk/Hip-Hop group, MANTRAS, as well as Ruby Yacht and now-defunct Hellfyre Club. Since 2012, Safari AL has rapidly recorded, finessed, and self-released nine separate projects on his own personal Bandcamp page. In-between these aforementioned releases, S.al has appeared across milo/scallops hotel's critically-acclaimed body of work including over the carnage rose a voice prophetic, things that happen at day // things that happen at night, Plain Speaking, and I wish my brother Rob was here. Now, following REDWALL's 2018 single "AGONY (for Mark) (II)" with milo, safari al has returned with his next proper solo project: strata (I Steel of Radiance, I Feel So Action.)


"strata..." for short, will serve as a 10-track album/"Split" tape consisting of two very distinct "Sides" - Side A: I Steel of Radiance produced by one-time Das Racist affiliate and engineer steel tipped dove (Joe Fusaro) and Side B: I Feel So Action, as produced by new-comer Cold Lunch (Sahan Jayasuriya.) Safari Al says he likes the continuous play format, which is why he's choosing to release both Sides A-B together and adds that "it also, lends well to/is inspired by the cassette format." strata's songs were recorded over the course of the last two years with work being divided 50/50 split at dove's home-stdio in Park Slope, Brooklyn and at Safari Al's own apartment in Biddeford, Maine. A 2016 Kenosha News profile described Safari Al's talents/instruments "at a glance" as "vocals, Jazz computer, CD DJ machine, cassette decks, loop station," which still seems fairly accurate. In addition to production work throughout from steel tipped dove & Cold Lunch, strata (I Steel of Radiance, I Feel So Action) features "approachable" Co-produced By: scallops hotel and "small shop" Feat. milo Co-produced By: Emmanuel Fade. strata... plays out in a similar manner to a 1980's Punk/Hardcore split or even a particularly finicky hand-dubbed "old school" mixtape, which you would have to meticulously re-wind onto the cassette spools with a No.2 pencil.


S.al's rhyming style/delivery and cadence throughout strata... falls somewhere in-between that of sharp-tongued Stones Throw emcee Homeboy Sandman and Paul's Boutique-era Beastie Boys. "Despite a transportation ticket and an early morning Earthquake, I find myself sitting behind my desk at the SoulFolks Headquarters in Biddeford ignoring the [inaudible] telephone. I let it ring at least a dozen times; you don't have my attention..." s.al effortlessly rhymes on the opening bars to steel tipped dove/scallops hotel co-produced "approachable" in a rather stream-of-consciousness manner over a cascading organ-like sample. "small shop" serves as the closing track on steel tipped dove's I Steel of Radiance "Side" and boasts the album's lone feature by way of milo's alter-ego, scallops hotel, and was co-produced by Safari Al under his Emmanuel Fade beat-making guise. It's warm, Postal Service-evocative Electro-Hip-Hop bloops and blips squeal their way into "TEXTBOOK ROMANCE" from Cold Lunch's I Feel So Action "Side." "IIIIIII was made for music and music was made for me... from Classic-al to Rap" an extremely lo-fi recorded girl's voice belts at the start of the track, before we hear a high-pitched shriek from an out-of-tune horn and s.al almost instantaneously retorting, "my man said Rap IS Classical. I'm offa my sabbatical!"

Milwaukee-based 91.7 WMSE's Local Lunchbox segment fittingly describes Sahan Jayasuriya as "a Wisconsin native, who has served as drummer for a variety of Milwaukee bands over the last decade. His latest venture is a foray into sample-based beat-making under the name Cold Lunch, where he pulls from a variety of formats and music styles to create new works." Cold Lunch's I Feel So Action "Side" of strata... is a bit more Blues/Jazz-oriented when compared against steel tipped dove's I Steel of Radiance "Side." Cold Lunch's production work throughout strata... honestly, reminds us a bit of S.al's 2011 Soundcloud loosie, "Moanin'"—or "a throwback vibe to help the ladies and fellas start kickin' the jive"—which expertly samples Art Blakey & The Jazz Messengers' 1959 track of the same name. I Feel So Action fittingly ends with a smile-evoking Cold Lunch-produced track, of course, entitled "HOT LUNCH." Safari Al's strata (I Steel of Radiance, I Feel So Action) will become available this upcoming Thursday, May 23rd on Apple Music, Bandcamp, Soundcloud, Spotify, and like-minded digital streaming services. Ahead of milo & ELUCID's European Tour together as Nostrum Grocers, Al let loose the "Split" album's lead-off steel tipped dove-produced track, "Rocco," accompanied by a simple typewriter-aided music video, as well as videos for "Occam," "FLOES," and "LUCKY DUCK." S.al is, somehow, already working on his next full-length to follow strata... Blue mage, which will double as an album AND a collection of poetry.