FREE AT LAST: Odd Future's Earl Sweatshirt, Back "Home" In Los Angeles... or Not? (James Pants) 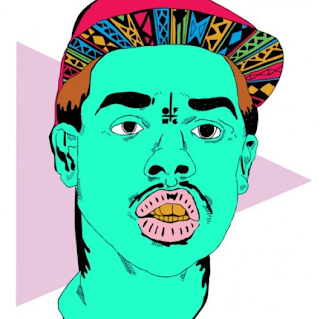 Despite [or maybe because of] the fact that he's been mysteriously absent from the Odd Future click since their 2010-11 rise to fame... Earl Sweatshirt quickly became the group's most storied and sought-after member. Sweatshirt managed to release one sole, albeit spectacular, album before disappearing: EARL (2010). Depending on who you ask, Earl Sweatshirt's mother sent him to "Coral Reef Academy," a boarding school-like facility in Samoa for either drug use, rapping, disobedience, or depression. It's all somehow morphed into a tangled web of truth, lies, and deception that involves an attention-hungry man named "Tyler Craven." But the one thing I think we can all unanimously agree on: EARL was and still is an AMAZING album - Quite arguably one of Odd Future's strongest, most consistent releases to date!


There's been little blog-worthy Earl Sweatshirt-related news since back in Summer '11. While recent web rumblings seemed to allude to Earl's imminent return to Los Angeles, nothing was ever really confirmed by anyone @ Odd Future's camp. But wait... all of that suddenly changed, after Tyler The Creator cryptically Tweeted about Earl Sweatshirt's newly-formed Twitter handle (@earlxsweat) late Wednesday night. Shortly thereafter, YouTube user "terttlefer" uploaded a 35-second snippet of what seemed to be a BRAND NEW Earl Sweatshirt track; Packaged along with a brief message, which alluded to the liberation of the full version: "You want the whole shit, give me 50,000 Twitter Followers."

Needless to say, by about 12 midnight (Thursday morning), a nearly 2-minute edit of "Home" was released online as promised. I quickly noticed that the beat sounded very familiar, although I couldn't exactly place it. Minutes later, after a trusty Soundhound search, I soon realized that it was in fact "Theme from Paris" pulled from James Pants' Stones Throw debut, Welcome (2008). Only time will tell what will become of Earl Sweatshirt's triumphant "return" and I must admit that I readily shot an email over to OFWGKTA's publicist, Heathcliff Berru. If Earl is in fact back and once again aligned with Odd Future, 2012 may very well become their most WILDLY successful year so far!
Posted by Matt Horowitz at 8:16 PM