We Made It In America: Jay Z & Justin Timberlake - "Holy Grail" (Anthony Mandler) 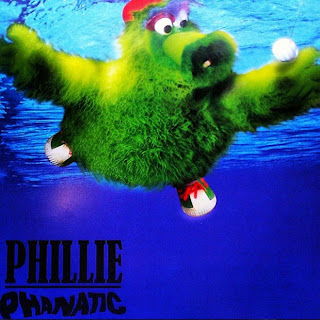 "There are milk crates downstairs, if you need to use one MT @justintimberlake Join me & @Target tonight for just one song" aging Indie Rockers Yo La Tengo snarkily Tweeted Wednesday night. For what it's worth, a global super-star like Timberlake really does have ABSOLUTELY NO business playing a one-off corporate-sponsored show at a shitty hole-in-the-wall [albeit closed] NJ Indie Rock venue like Maxwell's; Justin Timberlake was actually filming an Instagram & Twitter-fied Target commercial for a select 150 lucky fans, which is coincidentally set to dual as a promo for his new clothing line and a secondary "Take Back The Night" music video. Not even 24 hours later, Jay Z and new-found buddy Timberlake unleashed their Anthony Mandler-directed "Holy Grail" visuals, via Facebook. The exclusively-released clip could've very well reached nearly 42 million combined "Friends" by now, which has only recently been re-upped to YouTube. It's worth noting that "Holy Grail" has effectively been remixed, slowed down, and slightly tweaked for Mandler's quasi-Avant Garde video-shooting purposes.


Antony Mandler recently told MTV News: "Jay's committed to turning the rules upside down. He's willing to push the boundaries, flip the concepts, and allowed me the ability to be really disrespectful to the track, to re-cut it and change the order." It's running sub-plot also deals with fallen icons like Howard Hughes & Mike Tyson... "We talked a lot about that. How do you become trapped by that which you worked so hard to build? Just when you think you have everything, the universe can take it all back in just one second." Fresh off their Legends of The Summer joint-tour, Timberlake is preparing to release part 2 of his wildly successful comeback album, The 20/20 Experience on Sept. 27th; while Jay Z & Samsung unleashed Magna Carta... Holy Grail back on July 4th. In the meantime, Jay Z's second annual Budweiser-backed Made In America Festival is taking place later on this Labor Day Weekend, across Philly's own Benjamin Franklin Parkway, where everyone from Beyoncé to Nine Inch Nails are set to perform.
Posted by Matt Horowitz at 11:02 PM