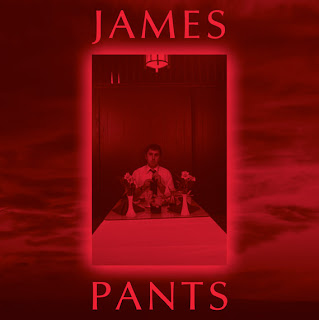 In the years following the release of his 2008 debut, Welcome, James Pants' sound has steadily evolved at a progressive rate each year. In between annual staple collections Seven Seals (2009) and New Tropical EP (2010), Mr. Pants also put out various mixtapes, beat CD-R's, "library music" compilations (All the Hits), 7"/12" singles, and crafted more "commercial" collaborations - with the likes of Mayer Hawthorne and Dâm-Funk. April 19th will usher in Album #3 for Stones Throw Records, a self-titled set which was formerly christened "Love Kraft." Fine details on the new album are still scarce, as Stones Throw literally JUST announced it's release date/let loose the most recent track ("Alone") several hours ago. Though one can imagine that Pants will effectively meld all of his previous influences/stylings, creating 2011's "New, (H)It Sound."

""Kathleen" Is For Sure In My Top 3 James Songs. When I First Heard This, I Was Pist Off. Simply Because I Was Thinking "Why The F_¢k Can't I Make Shit As Good As This?" I Don't Know What It Sounds Like..... Nevermind, Again, It Sounds Like Some Suberb Teenage Relationship Shit, And I F_¢#ing Love It. James Is Hands Down One Of The Most Creative Fucking People To Walk This Earth. Every Album Sounds Totally Different, And That Influences The F_¢k Out Of Me. I Am Not A Cross Dresser."

- Tyler, The Creator (of Odd Future Wolf Gang Kill Them All)