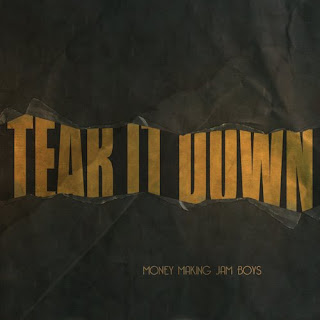 Here, we have a new track from the Money Making Jam Boys, a collective of Roots-affiliated artists - Black Thought, STS, Dice Raw, Truck North, and P.O.R.N. (who's absent on this one). The crew was established around 2008, a year which also saw the release of the "mixtape collection," The Antidote. Some of the tracks pre-date the Jam Boys' official conception, features rhymes over a handful of '80's beats, and showcases less Black Thought. "Tear It Down" is the first leak from a new (currently untitled) 2011 mixtape, that's being toted as their "first official release."
And below, we have the "Judgment Day" visual, the band's première music video. Shot on various Philly area locations, directed by Sam Rogers, and it will (probably) be featured on the upcoming mixtape, as well.