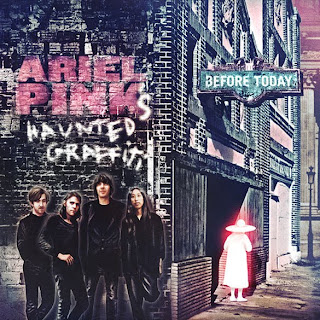 Last week it was A Day to Remember on Kimmel, this week it's Ariel Pink's Haunted Graffiti (tube debut) on Fallon. Visually, it was 2011's equivalent to David Bowie/Jobriath appearing on National TV in the '70's. Jimmy Fallon seems to be a true music fan, and he's had a lot of great acts on during Late Night's brief run. A few of my "WHAT!? AWESOME!" Fallon moments include Neon Indian, Pavement, The Specials, Beastie Boys, and Sunny Day Real Estate. Kudos, Mr. Fallon [and The Legendary Roots Crew]!
The newest Ariel Pink's Haunted Graffiti album, Before Today, was released on 4AD back in Summer 2010. Shortly after the collection was issued, Pink also released a self-titled 12" [Tour] EP with Added Pizzazz. The Avant-Jazzists were previously featured on Before Today's opening cut, "Hot Body Rub." 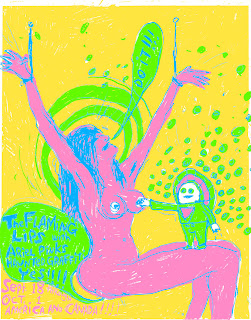 Posted by Matt Horowitz at 9:41 AM