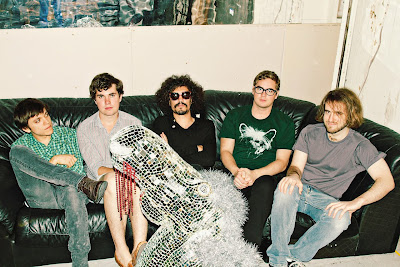 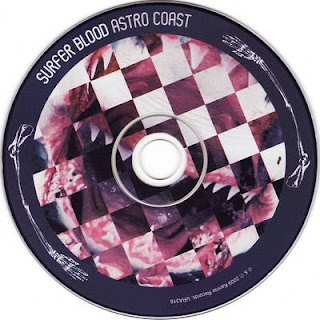 Surfer Blood (John Paul "JP" Pitts, TJ Schwarz, Thomas Fekete, Kevin Williams, and Marcos Marchesani) were indeed one of the "Break-Out Bands" of 2010. Mixing the sounds of Weezer and Pavement, the band crafted their own brand of signature Florida beach-inspired Lo-Fi Surf Rock. Astro Coast, their Kanine Records debut was released back on Jan. 19th and quickly became one of my favourite albums of the year.
Now, roughly one year later, the dudes are gearing up for a joint US Tour with ...And You Will Know Us By the Trail of Dead. - [Main dates listed below.]
Surfer Blood will soon release a Kanine EP (tentatively titled "Third Eye Blind"), which will then be followed by their major label debut, 2011's LP #2 for Warner Bros. 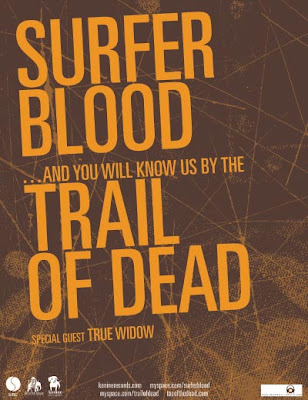