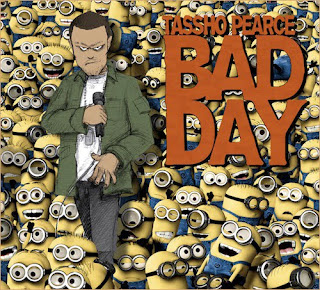 Tassho Pearce is an up-and-coming MC hailing from Honolulu, Hawaii. Along with 2DopeBoyz, he has released a song a week since November. They're calling the effort #AlohaFridays (drawing inspiration from Kanye's now infamous G.O.O.D. Friday model). Week 11's track is a freestyle/remix of Pharrell's "Bad Day," a song crafted as part of his original Despicable Me soundtrack.
Tassho is also rumored to have been [secretly] working on new material with Kanye's G.O.O.D. Music camp. His mixtape "Hi.Story" will supposedly be released on the final Friday of the campaign.