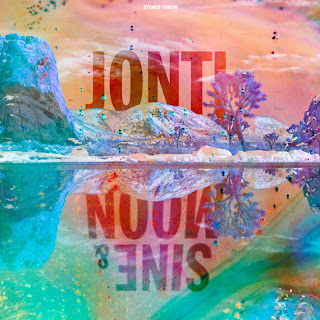 Sine & Moon's deep "roots" date way back before any seasoned listener would ever even believe: The mid-1990's. "Saturday Night Songs," the album's inaugural track, was recorded by Jonti Danilewitz in his homeland of South Africa Australia @ the ripe, young age of 13. Essentially a collection of old, new, re-mixed/mastered, and appended tracks, which starts out with that first song Jonti ever recorded. Jonti initially configured the album in the form of a mix CD commissioned by Stones Throw and released back in August 2011. Essentially, a wide array of 13 [15] genre-jumping 4-track records; Plus an MF DOOM-esque rapped co-starring appearance from partner in crime, Jonwayne (2007) to top it all off.


Since it's original release, Jonti has been hit up with such an abundance of fan requests for individual tracks... that Stones Throw decided to re-release an updated, albeit FREE version of Sine & Moon. In preparation of the Jan. 10th wide-release, Jonti re-mixed, swapped in alternate cuts, and even added on a bonus track. Sine & Moon (The Album) sports a new, Jeff Jank-designed cover and is practically the proper "follow-up" to Jonti's recently-released debut, Twirlgig. After such a wide, positive fan response, labelhead Peanut Butter Wolf is actually thinking about pressing up a vinyl edition of Sine & Moon. I can personally confirm that Jonti is nearly completed with yet ANOTHER album, which is seemingly on track for a first 1/4 [translation: "early 2012"] release!
Posted by Matt Horowitz at 8:31 AM